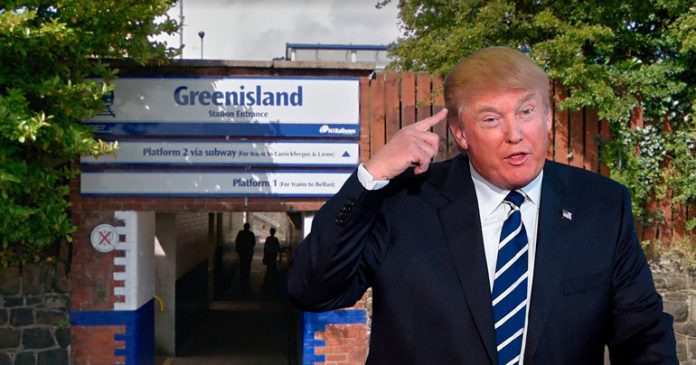 After the collapse of his plans to purchase Greenland from Denmark Donald Trump has turned his attention to the East Antrim village of Greenisland, The Ulster Fry has learned.

“The President is keen to expand US territory,” says Trump adviser Ashton Kutcher. “Clearly the vast natural resources of Greenland interested him at first, but Greenisland sounds kinda the same and has a Mace AND a Costcutter, so it’s also a pretty attractive alternative.”

People in the village are understandably cautious about the possibility of becoming the 51st State of The USA.

“Is their leader not a bit of a mad fella? Big red face; talks a loada shite?” ask local man Moyard Gardens. “Although I suppose Sammy Wilson is our MP, so it mightn’t make that big a difference.”

The news has sparked a wave of interest around the globe, with many other foreign powers considering a bid for one of our towns and villages.

“We understand that the Chinese are thinking of buying Pomeroy, and the French are interested in Craigavon as they’ve heard it’s the wine capital of Northern Ireland,” says estate agent Myrtle Bricks.

“The United Arab Emirates are hoping to buy Fermanagh so they can export all the rain, and I’ve heard that the Russians have made a a move for Larne, apparently it reminds them of Chernobyl.”

It’s not all one-way traffic however, with one Northern Irish town planning its own land grab.

“The people of Hillsborough have all paid into a kitty and have bought Germany,” says Bricks. “They’ve a bit left over so are hoping to get most of Italy as well.” 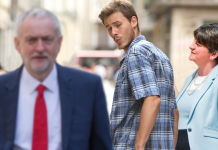 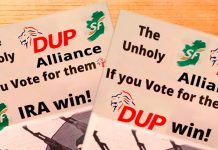 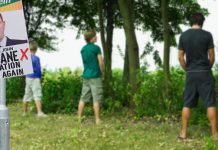 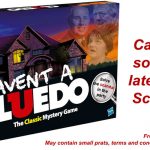 Fury as leaflets linking the DUP and Sinn Fein circulate in...