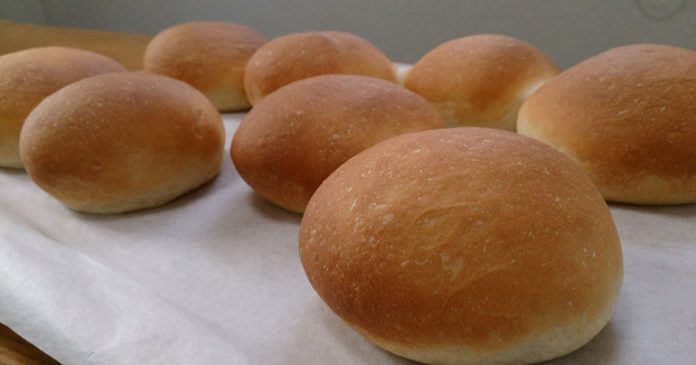 Several consecutive days of sunshine have caused a massive shortage of baps for barbecues, experts have warned.

As temperatures have soared the demand for baps has followed suit, leading some economists to predict that we will reach bap meltdown by Sunday if the weather doesn’t take a turn for the worse.

As a result, men across province have been panic-buying baps fearful that, if they run out, their partners will limit their barbecuing and hence their beer consumption.

“Several of our stores were stormed by hordes of angry men this morning,” said Asda spokeswoman Freisa Section. “It was like Black Friday for baps, with men wrestling each other to the ground to get to the fancy ones with seeds on top.”

“I saw one man batter another unconscious with one of them Tiger loaves. We had to arm the security staff with French baguettes, so they could baton charge the customers.”

The crisis has in turn led to a flourishing black market for baps and similar items with packs reportedly changing hands for up to 20 times face value. As a result, some men are turning to crime.

“The wife said I couldn’t sit on my hole in the garden drinking beer unless I barbecued hot-dogs for the kids,” said some man we met in a car park. “I ended up kidnapping the Crown Prince of Abu Dhabi then trading him for a six pack of out of date finger rolls.”

“Their royal family have a hit out on me now, but at least I got another hour in the garden.”

The PSNI have appealed for calm, and ask that anyone offered baps in suspicious circumstances should contact them immediately.

“We need some for a Barbecue at the station,” said a spokespoliceperson.