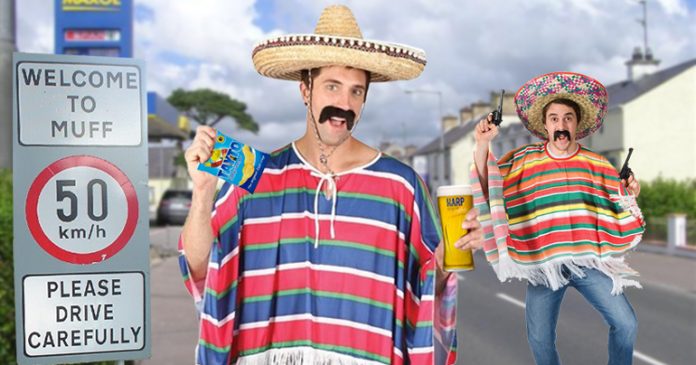 The people of Donegal are said to be ”pleasantly surprised” this evening after an administrative error led to the county being jointly awarded the 2026 World Cup with the USA and Canada.

It is understood that a FIFA director misunderstood the instructions to give to tournament to “the Mexicans” and sent the official letter of award to Donegal County Council instead of the President of Mexico.

“It’s was a simple mistake,” said a FIFA spokesman. “Our director grew up in Strabane, so you can understand how he might get mixed up between two different sets of Mexicans.”

The head of FIFA, who isn’t Sepp Blatter anymore, told The Ulster Fry that although there’d be logistical problems running a cross-Atlantic tournament, it would also have advantages.

“The Donegal Mexicans will bring their unique charm to the competition,” he explained. “They’ll add colour with their mad accents, strange drinks like Football Special and traditionally bad parking skills. I fully expect to see a 1989 Volvo abandoned in the middle of the pitch before every kick off.”

Donegal Council have admitted that they may need to improve infrastructure to cope with the tournament.

“I fancy an 80,000 seater by Lough Foyle. We can always use it to host the Muff Festival after, and it’d be handy to the North if you’re looking a cheap carry out, Brexit permitting.”

Following the news, President Trump immediately announced plans to build a wall round Donegal, but added to the confusion by saying he’d get the Mexicans to pay for it.