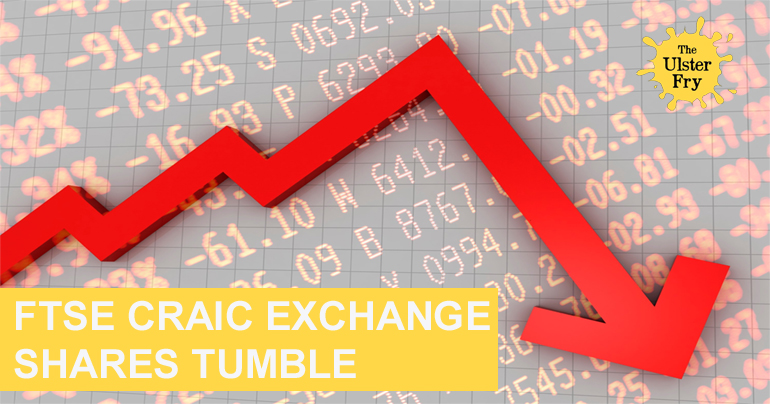 Shares on the Craic Exchange have taken a tumble as the combination of the EU Referendum and Northern Ireland and the Republic’s exits from Euro 2016 took its toll on the markets.

The FTSE Craic Index was buoyant on Thursday, shattering the previous record of 90 to reach over 110 at close of trading.

“Aye, sure it’s rare to see the craic in triple figures bai,” we were told by one top Tyrone economist . “We were all half cut watching the football and no one was giving a horse’s fart about things like passports and stuff. Then all this shite happens.”

Panicked trading following the referendum result on Friday morning saw levels plummet as low as 25, before the Bank of Craic stepped in to shore up the markets by announcing it was the weekend and everyone could get blocked without feeling guilty in the morning. By 5 o’clock on Saturday it was back around 75, but Northern Ireland’s cruel defeat at the hands and feet of Welsh bastards left everyone reeling.

“Today’s result for the Republic against France is the final nail in the coffin hi,” says our financial expert. “There is a very real danger that we will enter a recession, with a return to the negative craic levels of the 1980s possible. God help us when Monday morning comes.”

However there may be light at the end of the tunnel, with the World Trade Organisation looking at ways to inject craic into the economy.

“England are due to face Iceland tomorrow evening, we can just hope that we’ll all get the chance to make jokes about them losing to to a supermarket.”