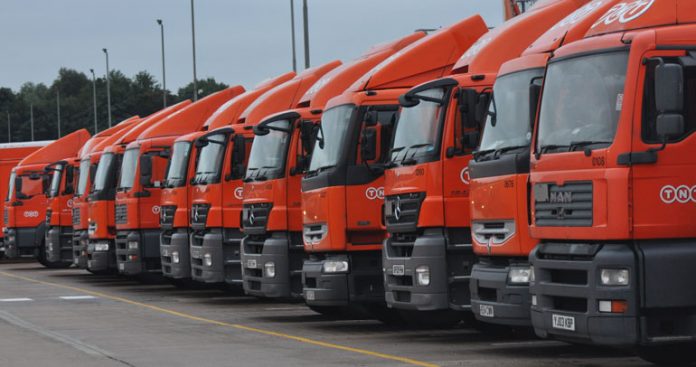 Government plans to test driverless lorries on the UK’s roads will ensure that their computer systems are able to replicate the behaviour of actual lorry drivers, The Ulster Fry has learned.

“These new lorries will be able to do everything that a manned vehicle can do,” said Department of Transport spokesman Leyland Daft.

“For example, they’ll still attempt to overtake on motorways, taking about 20 minutes to do so before pulling back in and travelling slightly slower than whatever they eventually managed to pass.”

The government is planning to test convoys of three lorries, with a real driver in the lead vehicle acting as a kind of guide for his computerised companions.

“This will allow the human driver to hop out at Jamesies Services at the Glenshane Pass, and run across the road in front of traffic to get sausage baps and filled sodas for his robot mates.”

Early tests have been hailed a success by experts.

“Afterwards, they successfully diverted themselves through Banbridge and all got stuck under The Cut, just like real lorry drivers.”

If the plan is successful the government is considering a similar scheme for tractors, which will involve wee red Massey Fergusons being guided around country roads under the control of the dog that always sits in the Link Box.