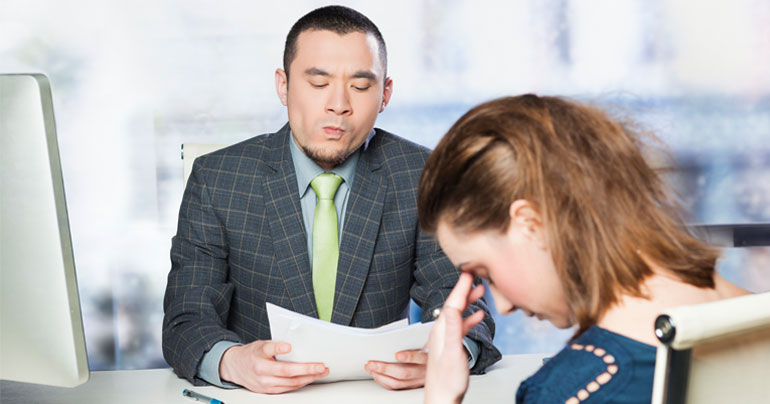 Employers across the globe have been alerted to a worldwide job application scam, with millions of people everywhere claiming to have qualifications from fictional academic institutions.

Antrim man Kevin Spratt failed to land a job with a top Belfast law firm this week, after thorough background checks into his CV failed to find a listed address for the ‘University of Life’. Mr Spratt, 38, who hasn’t actually worked in a full-time position before told us, “Ok so it might not be a real university with genuine qualifications, but no one can teach you the painful lessons I learned at the University of Life. I thought I might be in with a shot!”

Sharon Flounder, who graduated from the ‘School of Hard Knocks’, told us, “The fact that I left school at 14 without a single GCSE shouldn’t rule me out from working as an accountant. If I’d a penny for every time a b*****d man has let me down, I’d be rich.  Surely that is the equivalent to some sort of financial qualification?”

Likewise 29 year old Steve Stickleback has been unsuccessful in his attempts to gain employment after optimistically applying for several jobs that he was grossly under-qualified for. “After being knocked back by NASA and MI5, I decided I’d have to invent my own job titles. Initially I was working as the ‘Managing Director of Myself’ but I eventually gave myself a promotion to the ‘CEO of Being Awesome’, which is going well.”

The problem is a major concern for employers everywhere, who now face the prospect of expensive background checks to determine if job applicants are talking out their hole or not. “I didn’t do that well at school, but I worked my ass off to build my business up from nothing.” moaned local business owner, John Dory.

“Frankly, I’m sick of dealing with these lying bastards!” added 35 year old Dory, a past pupil of the ‘Derek Zoolander School for Kids Who Can’t Read Good and Want to Do Other Stuff Good Too’