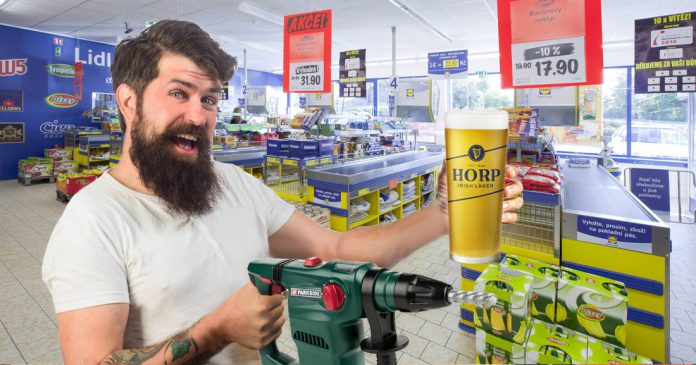 In a move that shows that it’s getting harder and harder to make stuff up, German supermarket giant Lidl has revealed plans to include a pub in its new branch in Dundonald.

“We’re delighted to announce plans for our first ever bar in Northern Ireland,” said regional manager James Crownfield. “We’ll have a full range of drinks that look and sound like real brands, but are spelled just a little bit different.”

“Cocktail lovers will also be able to enjoy a wee Largarita or Sand on the Beach while waiting for till number 3 to open.”

Mr Crownfield has denied that the idea was a glorified man creche, although he did admit that the store’s famous “middle aisle” would be moved into the bar area.

“Our male customers seem to like nothing more than perusing the range of tools, ski-wear and horse blankets our middle aisle has to offer, now they can do it while having a couple of pints.”

If successful, Lidl plans to include other random things in its new stores, including fairground rides, hang-gliding lessons, and staff.