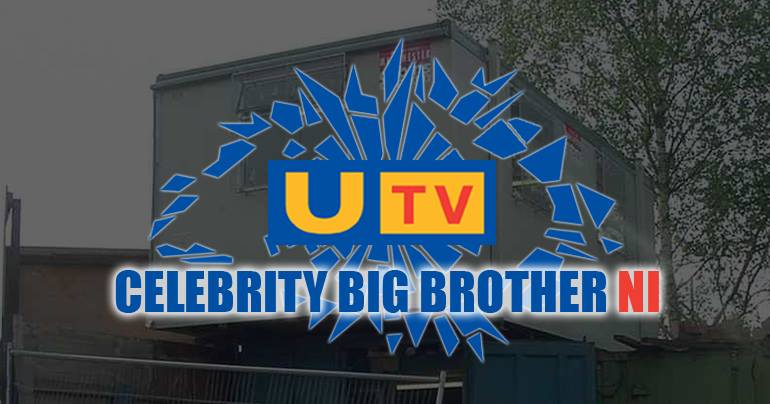 A huge shadow of doubt has been cast over UTV’s new ‘Celebrity Big Brother NI’ show – just hours before broadcast – following a series of contractual difficulties with star guests.

Staff at Havlock House were left frantically seeking eleventh-hour resolutions this morning, after UTV’s own Ivan Little put producer pals under pressure to secretly let him leave the house twice a day to get a sausage bap from a petrol station. Giving into his request has proved costly for the station after word of the covert lunch arrangement reached other housemates, sparking a wave of last-minute demands from those slotted to appear.

First Barry ‘The Blender’ Henderson actor, Colin Geddis, requested extended use of the BB Diary Room to film his ‘Besty McD’ video series from within the house. Negotiations were going well until Geddis unveiled a product placement deal with Lavery’s Off-Licence, which contractually obliged him to drink a carry-out from their branded blue bag.

Sex siren Pamela Ballantine waded into the melee soon after, asking producers if they would use CGI to remove her grey hairs. As a result it is now rumoured that the special-effects budget for the show is bigger than the upcoming Avengers sequel.

However professional couch potato Eamonn Holmes is understood to be causing the main hold-up, as he seeks to continue presenting his Sky News Sunrise show direct from the BB house sofa. Sadly, his boss Rupert Murdoch is concerned that potential guests would be limited to fellow housemates, meaning Holmes would interview luminaries such as Lesser Spotted Ulster’s Joe Mahon, newsreader Stephen Watson and one of thon boys from the Hughes Insurance adverts every day for three weeks.

The BB house, an opulent three-portacabin structure craned onto waste ground on the outskirts of Larne, is still undergoing last minute decoration despite fears that tonight’s broadcast may be cancelled