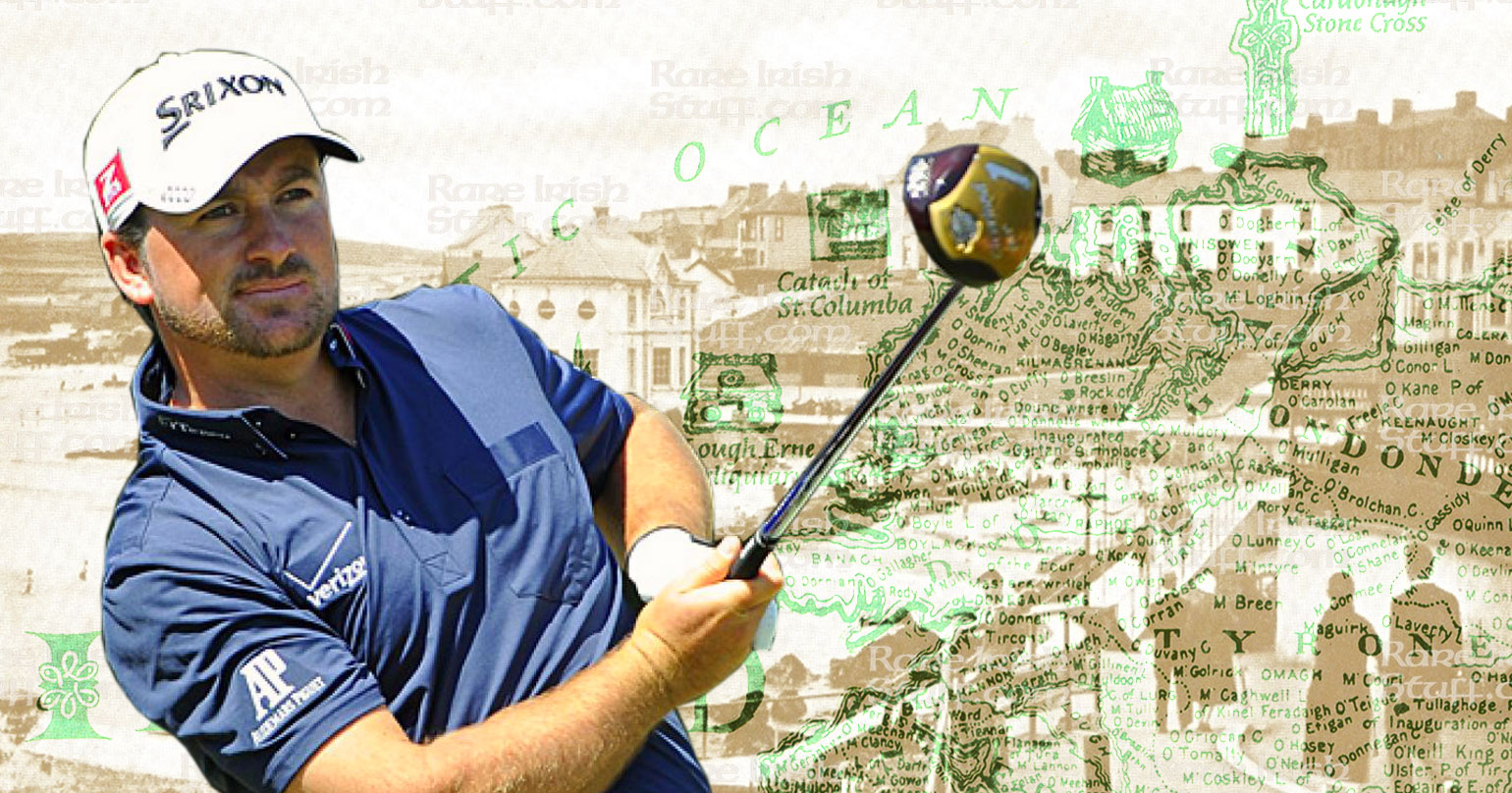 Patriotic local golf fans got an unexpected new hero at this week’s Irish Open, after historians discovered that US golfer Graeme McDowell’s ancestors are actually from the County Antrim town of Portrush.

“Well gee-whiz that’s fantastic!” McDowell told local press. “My grandpappy used to tell us stories bout the ol’ country when we wer little ‘uns, but darn tootin’ I was too busy shooting eagles to pay much attention to the old critter!”

“But slap my thigh I’ve sure been enjoying this lil’ course y’all built here” he continued. “It reminds me of the one I played in as a boy!”

Northern Irish sports fans were overjoyed with the news, immediately claiming the yankie sportsman as one of their own.

“His grandfather and mine went to the same school!” revealed Pat Stewart from Portstewart. “They used to play golf together too, until after one excursion up to City of Derry Golf Club, Graeme’s granda suddenly started calling him ‘mucker’ and adding ‘hi’ to the end of all his sentences. He couldn’t listen to him after that!”

However some greeted the news with cynicism. “He’s only been here 10 minutes and he’s already got a bit of a Norn Iron twang to his accent! Typical bloody Irish-American!” commented Irish golf journalist, Enda Rough.

McDowell has not taken the allegations lightly though. “Y’all be tripping fool.” he shot back on Twitter this morning. “I came here to do my talking on that there golf course, so I did… and dognabbit imma madder than a rattlesnake I didn’t make the cut today! Ya know whadda mean lik?”

Reportedly seething with jealously at his countryman’s new-found popularity in NI, fellow American Rory McIllroy has started looking into his own genealogy.