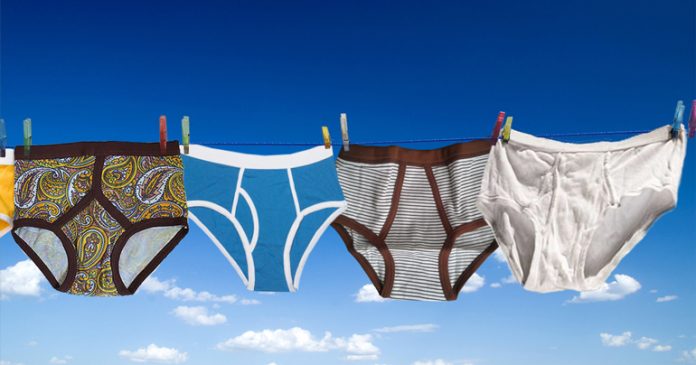 A County Antrim man is celebrating this evening after finally being able to wash almost a year’s supply of underpants and get them all dried in one session.

48-year-old Jackie Short was previously able to complete “a big wash” last July, and had been saving his horde of pants for a prolonged spell of good weather.

At the last count Mr Short, a former boxer, had 284 pairs of Y fronts, meaning that by the time the sun eventually did come out he was quite literally on his last kegs.

“Aye, you could say I was getting it tight,” he told us. “I had to dig out a load of old Thundercats pants I’d kept from I was at Primary school, and they squeezed the knackers off me.”

“Saved me a clean fortune on electric bills mind you.”

However Mr Short’s hopes that he’d set a new world record for pants retention were soon dashed, after it emerged that a farmer from Larne has managed to avoid washing his underwear for an entire year.

“You just wear the same pair every day for year, then go commando on your birthday,” he told us, as he removed his underpants with an angle grinder.