Civil servant executed after failing to adhere to GDPR guidelines 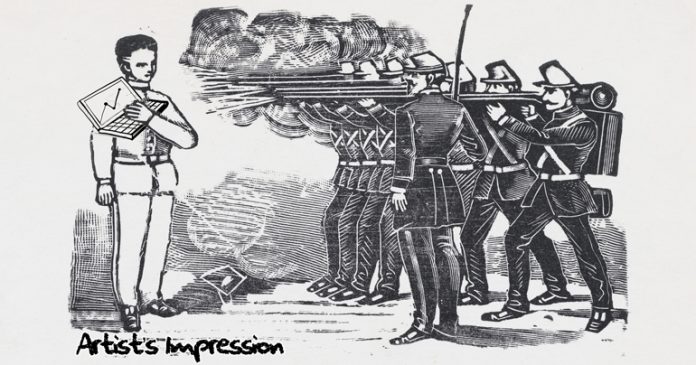 A Belfast civil servant has become the first person in Europe to be executed under the EU’s stringent new General Data Protection Regulations (GDPR).

It is understood that 28-year-old Mal Ware left his desk at the Department of the Agriculture, Environment, and Rural Affairs (DAIRRHEA) at 11 o’clock this morning.  He was immediately arrested.

“The culprit failed to delete an email containing sensitive data,” said Inspector Rex El-Spreadsheet from the EU cyber-security division. “On closer examination this was found to contain several information identifiers, including the name, address and telephone number of a private individual.”

Mr Ware pleaded innocence, pointing out that the offending email was his own holiday booking and that he was the individual in question, but his protests were rejected.

“If that information had fallen into the wrong hands, someone could have done something,” explained the official.

Mr Ware was immediately taken to Stormont Castle where he was sentenced to death and executed by firing squad.

“We’d hoped to use a guillotine,” we were told by a DAIRRHEA spokesman, “but the one in the office wasn’t big enough.”