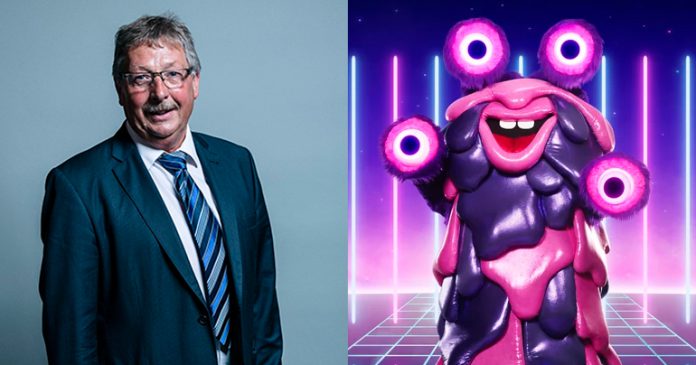 According to our source at ITV, the East Antrim representative appeared as “Blob” on the second episode of the hit show, wowing the audience with his a rendition of “Uptown Funk” by Mark Ronson featuring Bruno Mars.

“Sammy was very keen when we asked him to be on the show,” says producer Simone Cowl, who asked not to be named.

“Obviously he’s been getting a lot of stick for not wearing a mask during all this Covid shite, and he saw this as the perfect opportunity to get one over on his critics.”

The MP’s star turn was good enough to knock former Spice Girl Mel B’s “Seahorse” character out of the show, and left judges including Rita Ora and Jonathan Ross begging for more.

“I think he’s good enough to go all the way to the final,” says Cowl. “I’m told he’s lined up Relax by Frankie Goes to Hollywood for his next appearance, apparently the words ‘just speak to his soul’.”

We tried to contact Mr Wilson for comment but an aide told us that he was making a completely necessary, all-expenses paid flight to Westminster for a debate he could have taken part in via Zoom.

“What I can tell you, is that there’s no way you’ll ever see Sammy wearing a mask,” says the MP’s assistant, “that Blob character is just how he looks on a weekend.”