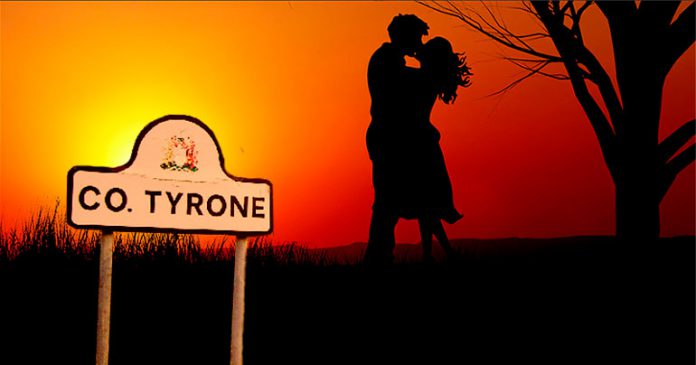 County Tyrone natives have the sexiest accent on the planet, according to a report published today by The World Linguistics Commission (WLC).

“We’ve made recordings of thousands of accents from all over the globe,” says Professor Randy Burger, from the WLC Sexy Talk section. “These were played into our Sexometer – a complex device which measures how likely an accent is to get someone’s knickers aff.”

“Surprisingly, it wasn’t one of the big European dirty accents that came out on top, so-to-speak – yer French, Italian or Spanish – it was a recording of a fella from Strabane complaining about the price of turf.”

Top celebrities have been quick to confirm the report’s findings.

“I first came across ‘Tyronese’ while watching Tricked Out Tractors on iPlayer,” says Kim Kardashian, who is a famous American woman.

“Now, before me and Kanye get jiggy on our date-night every other Friday, I make him talk dirty to me about Massey Fergusons and John Deeres in a Donemana accent. It’s guaranteed to get me all hot and bothered, so it is.”

Actor Tom Hardy, who is also famous, told us he has a “soft” spot for Tyrone chat.

“My ideal woman would be about 5ft 2 and from Pomeroy,” he revealed. “I don’t really care what she looks like so long as she’s a short arse and says ‘hi’ at the end of every sentence, so I don’t, hi.”

As a result of the study. all voiceovers on adverts for stuff like perfumes, chocolates and Marks and Spencer’s are to be recorded in Tyronese, and Nigella Lawson is taking language lessons from a farmer in Plumbridge.

Editor’s Note: The World Linguistics Commission is a not-for-profit think tank based in Omagh. It is not to be confused with any reputable organisation that does genuine research.