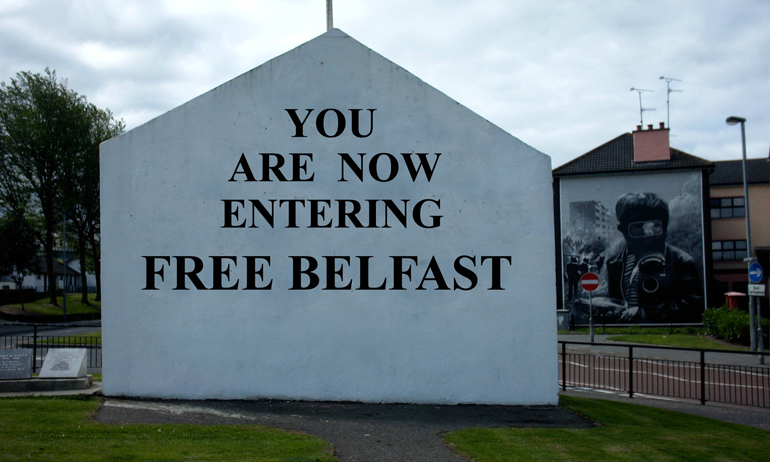 Local Facebook pages were inundated with intellectual & balanced commentary yesterday when Derry and Strabane Council voted to try to change the city’s name after centuries of bickering about it. However contrary to reports that ‘London’ would be dropped from Londonderry, we can reveal that the city plans to rebrand itself as ‘Belfast’ in an audacious bid to receive some investment.

“Aye we’ve tried all the official avenues, like filling out application forms, doing presentations and inviting important folk to swanky functions” revealed chief executive, John Kelpie. “but that never really got us anywhere, so we just decided ‘feck it’, we’ll just call ourselves Belfast as well. They seem to get plenty of dough from Stormont!”

The masterplan was unveiled to councillors during a presentation at a swanky function last week, where Kelpie outlined his vision for capitalising on administrational errors within the civil service by confusingly capitalising another city.  “Aye it’s only a matter of time before they send a couple hundred million to Belfast that was actually intended for Belfast.” revealed Kelpie.  “And at least we’ll know what do with the money!” he added as he admired an artist’s impression of the city inspired by Las Vegas.

However as word spread of the city’s name switcharoo, Belfast called their bluff, inciting a cascade of town name changes across the Province. “We’re gonna call ourselves Brussels now.” revealed Lord Mayor Arder Carson. “With any luck we’ll get control of some EU funds in the process, show them Belfast wans who’s boss!”.

Soon after Dungannon voted to change their name to Milan. Ballymena switched to Beirut and Holywood borrowed an ‘L’ from Lurgan to become Hollywood.  “We weren’t really using it anyway” admitted Urgan spokesman, Chip Friars. “Plus they’ve promised to let us come get selfies taken with any movie stars who turn up there by mistake!”

The shock of the day though came from Strabane who, in a sly move no-one saw coming, changed their name to London. “Sure Derry didn’t want it” said mayor Doris Johnston. “Plus we’ve solved the town’s employment crisis by giving everyone a job upgrading our underground rail network.”

“Soon the town will be full of bearded hipsters using their new ‘Oi, Sur’ cards!”