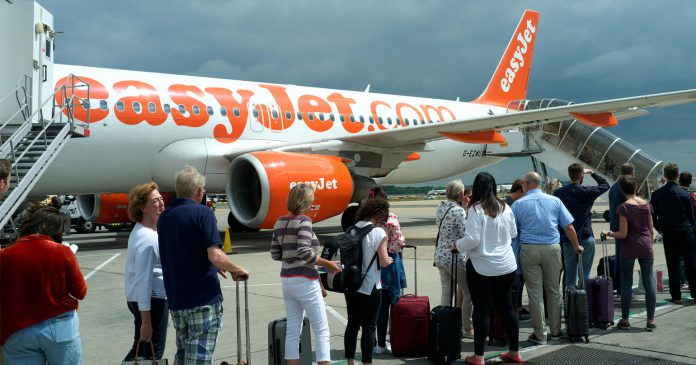 Everyone in Northern Ireland is set to be deported after the Government announced that only people who can speak English will be allowed to reside in the UK after Brexit.

“We haven’t a clue what you lot are on about most of the time,” admitted a senior Westminster source. “We’ve just been nodding our head and smiling for years.”

“That’s how the DUP got £1 billion off us recently!” he admitted. “We actually thought we were agreeing to pay Ian Paisley’s expenses. So we saved a clean fortune on that occasion… but next time we might not be so lucky!”

The news has enraged both nationalists and unionists, who after years of fighting over whether NI is British or Irish, now have to find a completely new home.

“Naturally we want everyone to be deported to the Republic,” explained Sinn Fein’s Michelle O’Neill. “However they don’t want us either, and the DUP were having none of it so we’re looking at Majorca instead.”

However the Ulster Fry understands that talks have stalled, after disagreements about which part of the island everyone should move to.

“Us Prods prefer Magaluf, whilst sadly themuns love heading to Santa Ponsa,” sighed Arlene Foster. “They aren’t that far apart, but given the rising tensions between everyone, we may need to build a peace wall to stop people stealing each others sun loungers”

In a final dramatic twist, MLAs will need to be deported twice, Westminster confirmed.

“Once for not speaking English,” our source explained. “Then again for being unskilled workers”