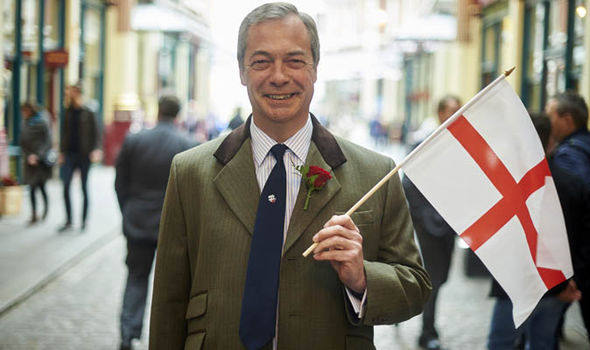 Nigel Farage’s decision to quit as leader of UKIP is a ploy to allow him to take over as manager of the English national football team, the Ulster Fry can reveal.

Sources close to the rubber faced celebrity bigot say that he’s always had his eye on England, and that he only included the rest of the UK in his party name in an attempt to curry favour in Wales.

“Nigel’s always been been fully focused on England,” says party colleague Martin Boreman. “His entire career has been building up to this moment – a chance to work solely with English playing staff – none of those irritating immigrant types like you get in a club side.”

It is understood that Farage will travel to FA headquarters later this week to explain his plans for the national team’s future. “He likes to play 4-4-2,” says UKIP vice-chair Joseph Gorbels, “but he’d definitely have no left wingers in the squad and would prefer a complete ban on strikers.”

So far the football bigwigs have remained tight lipped on the possible appointment, but our insider at the FA says there is a feeling that he couldn’t do any worse than Roy Hodgson.

“At least with Farage in charge it wouldn’t just be England going out of Europe in the early stages, we’d take the rest of the UK teams with us, whether the bastards like it or not.”