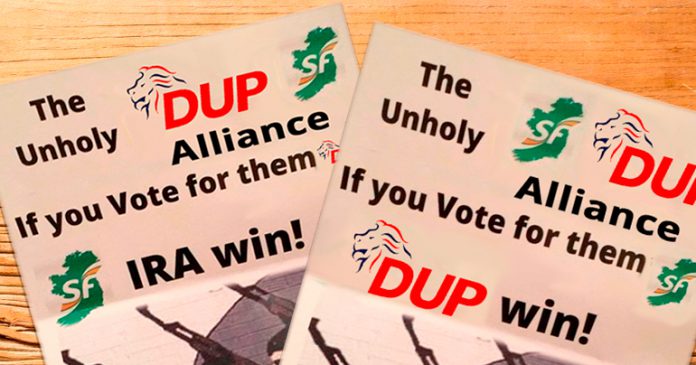 The increasingly bitter election campaign took an unusual twist today after it emerged that leaflets linking the DUP and Sinn Fein have been distributed across Belfast.

The badly made flyers make a series of outrageous allegations about the parties, saying that the two are somehow in cahoots. The outrageous statements include claims that…

When it comes to something called Brexit, the leaflets are even more damning…

The two parties have released an angry press release condemning the document.

“These are scandalous allegations. The shadowy forces behind this are clearly trying to frustrate our democratic right to shout a lot and claim expenses from Westminster.”

“We urge everyone to ignore these lies and vote for us, them, or someone else we’ve told them to vote for to keep us or them out.”