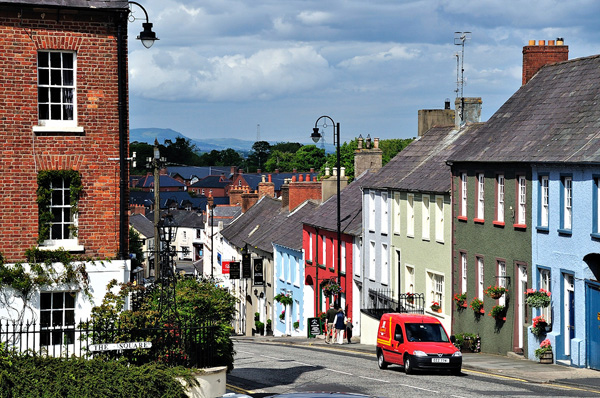 The people of Hillsborough are celebrating this evening after their town scooped the coveted Town Most up its Own Hole trophy for the first time in five years.

The competition had a new format this year, with hopefuls from around Northern Ireland competing in a ‘world cup’ style tournament.

Hillsborough topped Group A, with an easy win over Moira followed by a tense draw against Holywood which allowed them to progress due to their superior ‘Hole difference’.

In Group B, Derry/Londonderry looked to be on course for the final as the only town with a double-barrelled name, but conceded a late penalty in their match against Ballyhackamore to allow ‘The Hipsters’ to earn a draw.

The team from the Maiden City were understandably furious at the result, leading manager Sean Doherty to declare that ‘themuns from Belfast get everything,” but his angry protests couldn’t stop Portstewart topping the group.

In the final itself, the North Coast outsiders took an early lead by boasting about their ice cream shop, but Hillsborough grabbed an equaliser when striker Nigel Farquar-Symington-Smythe ate a lobster while performing dressage on his polo pony.

Portstewart rallied, peppering their opponents penalty-box with photos of their beach and boutique hotel, before the Video Arse-istant Referee took centre stage.

Hillsborough captain Felicity Farrington-Carrington unleashed an Oyster Festival from outside the penalty area which the Portstewart keeper appeared to have scrambled away, but the VAR stepped in and gave the score using the controversial Hole-Line technology.

“Everyone in Hillsborough has been working hard for this moment, at least the servants have,” he told us. “We’re back where we belong, up our own holes, and just outside Lisburn.”