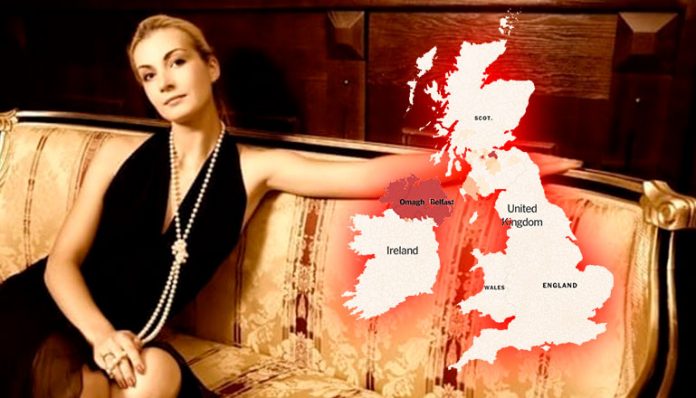 A Hillsborough woman is said to be “spitting feathers” after that New York Times accent survey yoke that’s doing the rounds said she had the same accent as people from Lisburn.

38-year-old Cassandra Campbell-Featherstone-Smythe told The Ulster Fry that she was “100% certain” that the survey would place her in Surrey, “or one of the Home Counties anyway.”

“I mean… really! I just can’t believe that these so-called experts wouldn’t detect my cut-glass accent,” she told us. “I totally lost the bread roll, I’d ticked plimsolls instead of gutties and everything, so I had.”

Her husband Angus told us that his wife was so traumatised by the results that she was forced to go to hospital.

“She was devastated, getting palpitations,” he revealed. “The people who invent these things need to think of the consequences. Imagine suggesting that Cassandra and I talk in the same way as Dromore people.”

“We had to jump straight in the Range Rover and bate our way to Lagan Valley, so we did, like.”

48-year-old West Belfast man Pearse Connolly was similarly angry after the survey suggested he might share linguistic idioms with people from Scotland.

“This yoke is broke,” he declared. “It’s perfectly obvious that I have a Cork accent, like all good Republicans, so I do, begorrah, Bord Failté.”

“First thing Monday morning I’m getting on to Sinn Féin, my rights as an Irish citizen have been impinged and this survey probably breaches the Good Friday Agreement even more than Brexit, Bord na Mona.”

We contacted the New York Times for comment but no one understood our accents.