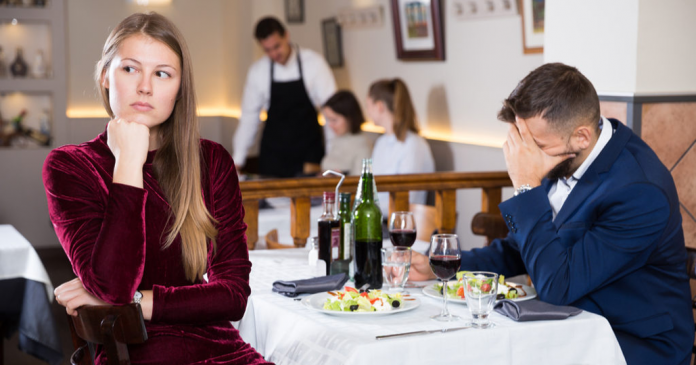 Despite being sick to the back teeth of one another, people who already spend too much time breathing the same air are heading out for dinner this evening – all at the same time – the Ulster Fry has learned.

The news has been confirmed by the General Restaurant Union of Belfast, who revealed that eateries across the Province have been ‘fully booked’ by thousands of two person groups who usually spend their time criticising each other for doing stuff wrong.

“The shit is gonna hit the fan tonight!” laughed G.R.U.B. spokesman Patsy Supper. “Our intel suggests that men unanimously hope to make up for their general uselessness and failure to pick up on subtle hints over the last 364 days, by cunningly bombarding their wives and girlfriends with rich food, expensive chocolates, cheap cards and colourful plant-life, in a single 24 hour period!”

“All whilst necking wine and pints of Harp” he added.

The news has been welcomed by women across the country, who told us they “love” the idea of men getting in touch with their caring, romantic side – even for one day.

Men meanwhile told us they were just hoping for the ride.