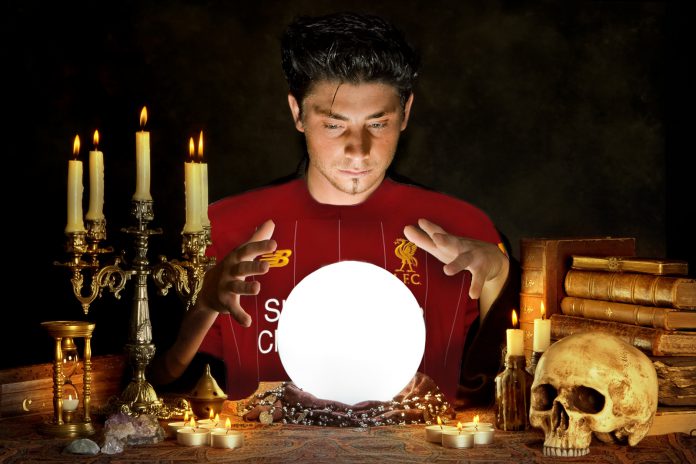 A Liverpool fan who somehow predicted his team would win the league has been accused of witchcraft after his prophecy eerily came to pass.

“I just had a feeling this was our year!” explained 44 year old part-time fortune teller, full-time painter & decorator, Ian Brush. “I was watching the team warm up for first match of the season when I just blurted it out”

His incredible feat of fortune telling has been verified by several of his friends, however in a spooky twist, thousands of other Liverpool fans have also claimed having exactly the same vision.

“I knew it was our year too!” exclaimed 37 year old dog walker, Kenny Dogleash. “I said it right on the opening whistle of the season… same as I do every year!”

Man United fans – who had planned being ‘extremely magnanimous and gracious’ about Liverpool’s league win today – now intend to cling desperately to a tenuous supernatural conspiracy theory in an effort to discredit Liverpool’s achievement instead.

“How come every Pool fan had a feeling this was their year?” demanded 38 red devils fan, Paul Mince. “It’s hardly a coincidence”

“You never seen Alex Ferguson resorting to voodoo magic.” he scowled as he daubed an asterisk next to 2020.

Liverpool’s league success is the latest in a long list of stellar achievements for 2020, which now includes COVID-19, Brexit, global race riots, half of Australia going on fire and Mrs Brown’s Boys winning a National Television Comedy Award.