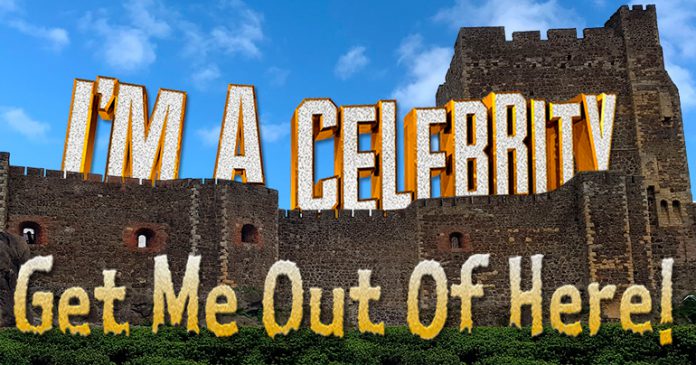 ITV’s I’m a Celebrity Get Me Out of Here looks set to be filmed in Co. Antrim amid concerns that the Coronavirus may make travel to Australia impossible.

The show’s producers are said to be considering using a castle for the next season, and Carrickfergus seems to be the ideal location.

“It’s perfect,” says an ITV insider. “Usually we drag our celebrities down under and make them endure life in a sweltering, rain sodden jungle, teeming with unpleasant creatures that would eat you as quick as look at you. Carrickfergus mightn’t be that warm, but otherwise it ticks all the boxes. “

If all goes to plan we can expect to see celebrities suffer horrifying locally based challenges.

“We could force them to do a pub crawl wearing Celtic shirts, or eat under-cooked petrol station Jambons while being attacked by seagulls on the Marine Highway.”

“We’re also hoping to get Sammy Wilson involved – imagine being buried underground with him crawling all over you?”

The only sticking point is finding accommodation for show presenters Ant and Dec.

“Would you want to book two weeks in Carrickfergus if your name was Declan Donnelly?” asks our insider. “We’re trying to persuade them to change their names to Billy and Craig, just to be on the safe side.”

If the move goes ahead, this will be the first reality show filmed in Carrickfergus since Channel 5’s controversial “I’m a Catholic, Get Me Out of Here” was cancelled in 1998, after the town ran out of Catholics.