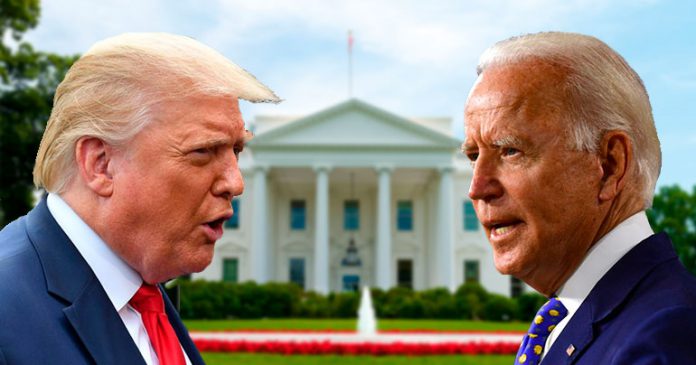 America has officially stolen Northern Ireland’s coveted title as the holder of the world’s most dysfunctional democratic political system.

With the count in the US election set to continue until Christmas, the two pensionable Presidential candidates are both saying that they’re on course for victory, with one saying that the whole thing will be void if he loses, but not if he wins.

The election follows several years of political madness which has left Northern Ireland’s own Republicans and Democrats looking on in envious admiration.

“I thought we were good at creating count related shenanigans,” said Sinn Fein representative Fidelma Books, “but keeping a few polling stations open late in Fermanagh pales into insignificance with what we’re seeing in the States.”

“It’s glorious to watch,” agreed her DUP counterpart, Richie Boiler-Scam. “Trump is like Sammy Wilson on steroids, advising folk to drink bleach to avoid Covid then still able to persuade them to vote for him in big numbers.”

As a result of the stateside debacle, both parties here have agreed to put aside their differences and work together to create even more mayhem at our next election.

“Some issues unite us all, and we can’t have these jumped up colonials stealing our thunder,” confirmed Ms Books. “Ian Paisley Jr has already volunteered to hop on the next plane to Florida to see what we can learn.”

“He’s just waiting on his mate to book the flights, and someone to sort out tickets for Disneyworld.”