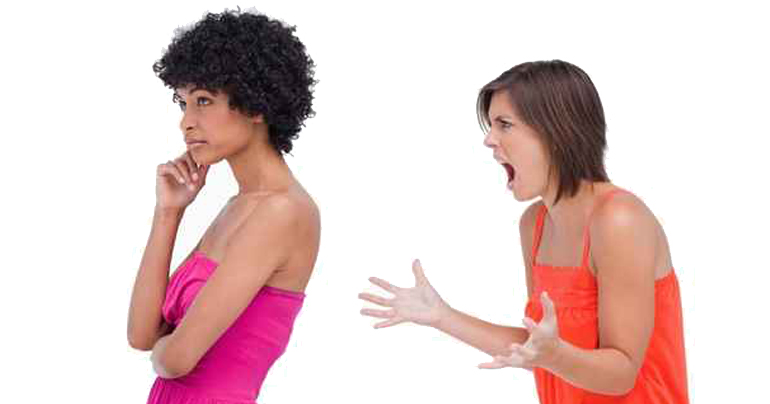 Whilst originally conceived to celebrate the social, cultural and political achievements of women, today’s International Women’s Day took a turn for the worse when two of it’s founding members were caught “ripping the back out of each other” at the global launch party.

“She’s nahhin but a two faced oul witch!” Imelda Header was overheard shouting in the bathroom stalls of the Merchant Hotel. “She knew I was gonna be wearing my black and red Christian Louboutin’s today… and she still went out and bought herself a pair!!  That’s just pure evil! I’ll never speak to that durty hallion again!”

Tensions simmered throughout the day between the women, as her counterpart Mandy Quinn confided in an assortment of acquaintances and people she’d never even met before, that she thought Imelda was “twisting things” to make her look bad.

Attendees tried to make the most of the party despite the fracas, circling the gala in small groups dispensing overly enthusiastic compliments about the appearance of other women, shortly before retracting them in private to friends.

“OH.MY.GOD you look A.maze.ing!” squealed Carrie Mace to her old school pal, Anita Hug. “That dress looks beautiful on you… and your hair looks out of this world. And don’t even get me started on those shoes!”

“Did ye see the state of the eyebrows on thon” she later whispered to her friend however. “And I’m nearly sure she wore that same dress last year. I think I seen on sale it TK Maxx”

Police were called as the event drew to a close, as tensions boiled over into what one observer called, “a passive aggressive riot”.

“I wouldn’t exactly say it turned to violence, cos they all kept smiling” said DCI John Dinnerplate. “but most women did get a lot of jabs in before it was over!”