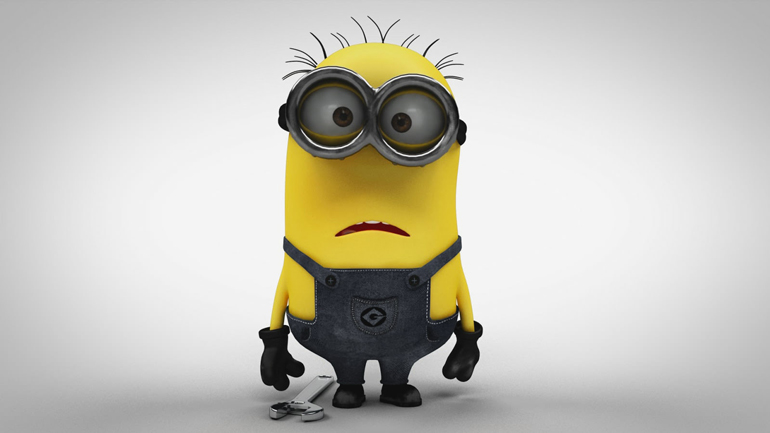 A new report published today by Moneyslane Institute of Science and Technology has claimed that the entire internet is in danger as it creaks under the sheer volume of supposedly amusing pictures of Minions.

“We’ve long known that cat pictures make up approximately 37% of all internet content,” says the report’s author, Professor Thermos Flask, “but this was considered manageable under ‘the Cat Protocol’ put in place by the United Nations when the internet was invented in 1971.  However the additional weight of Minions related content has pushed the system to breaking point. Everyone seems to want to take a supposedly humorous phrase and put it beside a picture of one of these little yellow hallions.”

The report explains that the entire internet is held in a semi-detached house on the outskirts of Lisburn, and that those responsible for its upkeep have already had to add additional storage capacity to cope with Minions shite. “They’ve taken over most of the downstairs bathroom, and you can’t move in the conservatory with all the internet stuff that’s been installed,” Professor Flask told us. “I don’t want people to think we’re facing a crisis, but this is a crisis.”

However US President Barack O’Bama has poured cold water on the report. Speaking at a packed news conference in Moneyslane Orange Hall, Mr O’Bama told journalists that the internet had “weathered the Mrs Brown’s Boys deluge, ridden the storm of ‘Winter is coming’ Memes, and even survived the ‘my dad says he’ll let me have a pony if I get 1 billion likes on this photo’ phenomenon of 2012.”

“We have put in place contingency plans that will deal with the scourge of the Minions, so people can rest assured that they will be able to post Facebook pictures of their dinner for the foreseeable future.”

We put these claims to Professor Flask, who told us that President O’Bama was “talking out of his hole.”