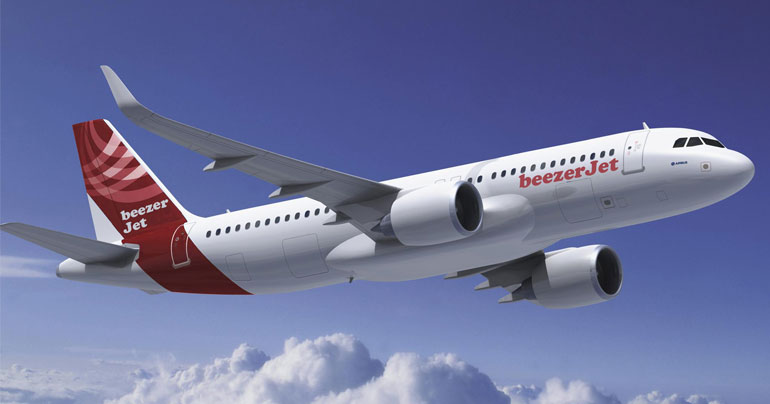 Following the collapse of FlyBe a little known Northern Irish airline has moved quickly to fill the gap in the market for going places on the cheap.

BeezerJet, who have previously attempted to offer hot air balloon flights to the USA, hopes to offer several new routes to some of the most sought after locations in the entire world of Northern Irish people, including Spain, Portugal, Scotland and Fermanagh.

“Ulster holidaymakers will soon be able to find flights based on criteria that really matter,” explained BeezerJet CEO, Hans Luggage. “such as how cheap the fegs are, whether you can buy humungous plastic bottles of sambucca – and the availability of Sky Sports in pubs nearby”

“Also, the BeezerJet website will be the first in the world with a ‘Payback Calculator’ feature,” explained Luggage “It will easily tell you how many cartons of fegs you need to bring back to cover the cost of your trip!”

Early technical problems with the firms new website have also been resolved.

“People found the beta version of our website too easy to use and navigate.” admitted Luggage. “Thankfully though we’ve been able ‘fix’ it by adding loads of annoying hidden options, insurance add-ons and confusingly worded opt-in/out tick-boxes, that make the process a proper pain in the hole!”

BeezerJet will launch next week with daily services from both the Calum Best International Airport and the Nadine Coyle International Space Station.