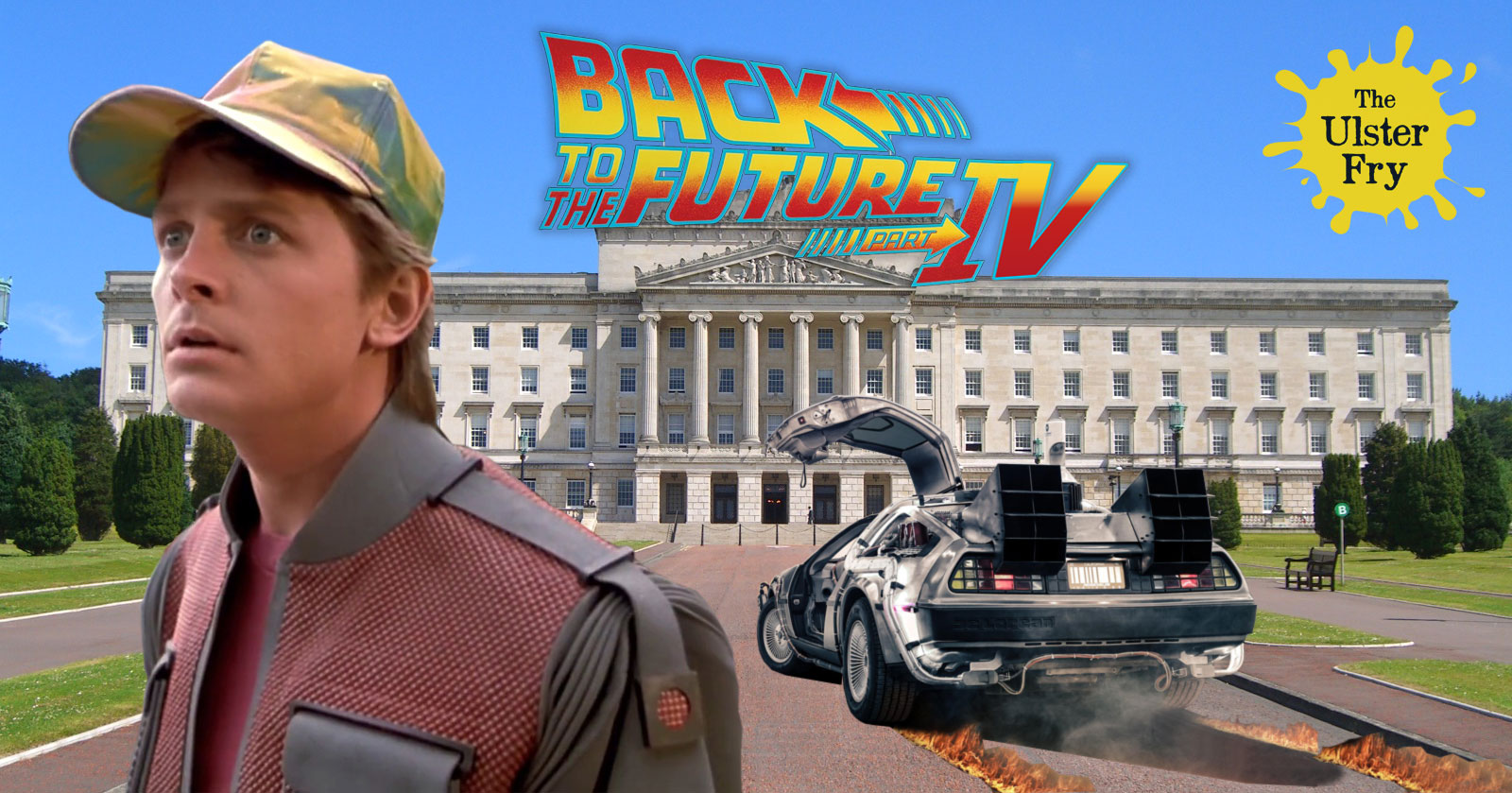 Time travelling West Belfast joyrider, Marty McFly, has re-emerged in modern Northern Ireland today, 26 years after the stealing a prototype Delorean, and declared everything as “still a bit keek”

“Gutted” wrote 17 year old McFly on his Teletext page this morning. “Thought things would be a lot better a few decades into the future, but a boy called Ian Paisley is still an MP, your man Adams is still head of Sinn Fein and everyone is still angrily shouting at each other. I thought we’d have all wised the bap by now!”

It’s not just the state of the political situation that has Mr McFly riled up. “Have you seen the price of f**king Freddo bars now FFS?!” he asked reporters this morning. “Ye could buy them for 10p back in the day. Now the bastids are looking 30! And don’t even get me started on packets of Bikers! Robbing bastids!”

Clearly frustrated by the lack of progress in the Province, the teenager went on to unveil an ambitious new plan to finally bring peace to Northern Ireland – by going back in time to the 1960’s and giving everyone involved a good boot up the hole.

“Aye, Doc Brown calculated that if I can dispense 88 boots up the hole per hour we’ll switch to an alternate timeline where everyone gets along” he revealed.

“We are just working out some kinks in the system as we speak” added McFly. “The Doc bought a second hand FluxCapacitor off Translink and for some reason it always makes you arrive a day later than planned!”

However the new sequel is already under threat from local jobsworths, who have pointed out that MyFly’s tax disc is long out out date, he’d need to drive well over the speed limit and that his teenage car insurance would cost a fortune.

“But I’ve got 26 years no claims!” protested McFly. “Someone give Hughes Insurance a ring FFS!”