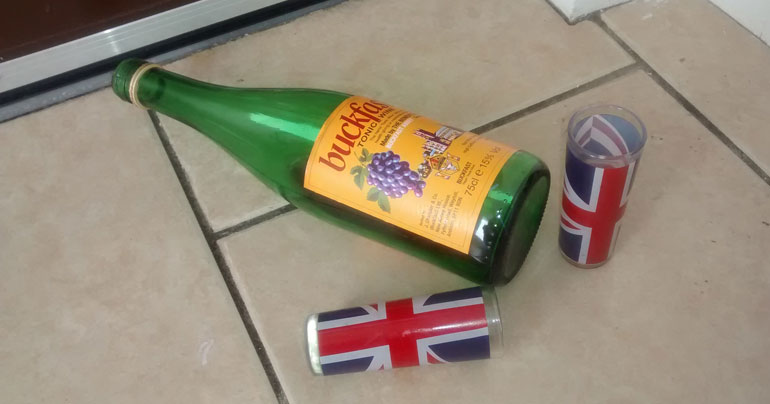 Speaking at Friday’s Ard Fheis in Derry, Martin McGuinness jubilantly told members that Sinn Fein were ‘going to have the biggest party in Ireland’, much to the delight of delegates, who admitted that they ‘haven’t had a good piss up up in ages’.

Rumours of a shindig at Marty’s house started earlier that day, after his wife was spotted in Iceland, Foyleside buying dozens of Indian party platters and King Prawn Rings. A post later appeared on party colleague Michelle Gildernew’s Facebook, declaring, “Open House round at Marty’s! There’ll be cocktail sausages, mini-pizzas, the lat.”

Everyone landed to Marty’s gaff with ‘huge carryouts’ according to reports, staggering out of taxis from the Millennium Forum carrying bulging blue bags. Important delegates such as Gerry Adams, Caitriona Ruane and the rest of the SF elite were ushered into the VIP ‘kitchen’ area, where they stood all night, talking shite for hours and mingling around the Deputy First Minister’s fridge and cooker. However less important Shinners, like Declan McAleer and Sean Lynch, were relegated to his opulent living room and dining room, where they were cruelly forced to sit on sofas and comfortable chairs, without any worktops to lean against.

Music for the evening was provided by a stellar lineup of top Irish acts including U2, Van Morrison, Enya, The Chieftains, The Corrs, The Cranberries and The Script. However hopes that legendary singer Christy Moore would feature were scuppered when McGuinness’ daughter admitted “Naw, that CD is wile scratched so it is. Me Da was pure raging!

Jealous tensions about the kitchen clique eventually spilled over into anger, after TD Sean Crowe was caught drinking Alex Maskey’s White Lightning in the back hall. Meanwhile Gerry Kelly was reportedly spotted nailing cans of Guinesss, despite arriving with a bag of Bavaria – sparking a scrap with Barry McElduff about ‘which bastard drunk all his beer’.

“It was chaos in the end” admitted Mitchell McLaughlin.  “Someone walked dog shit into Marty’s new hall carpet, there were fag burns on the sofa, and his missus was pure raging that him and Gerry were doing shots of Bucky from Union Jack shot glasses Gregory Campbell gave him one year as joke.  He had to sleep on my sofa in the end up!”

The DUP later rejected Sinn Fein claims saying that they had the biggest party in the country last year. “It was crazy,” said Lagan Valley MP Jeffrey Donaldson, “Willie McCrea sang for us in a pop up gospel tent, then we all necked our Fanta and played musical chairs.”