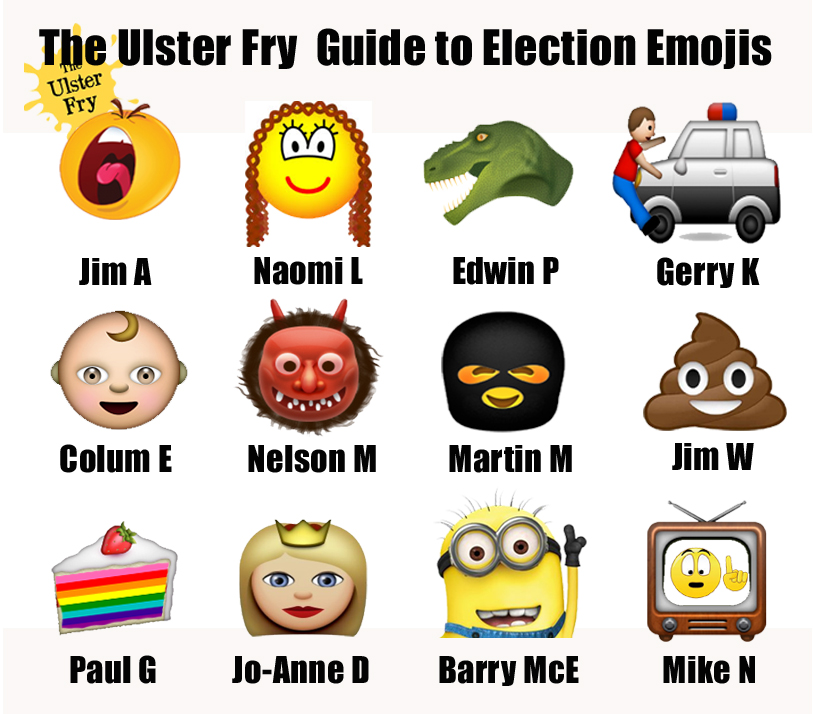 Amid fears that young people are “turned off” by the democratic process, the Northern Ireland Electoral Office is making the unusual step of adding Emojis to this year’s Assembly election ballot papers.

“Something like 32% of under 25s vote,” claimed Deputy Chief Electoral Officer Pauline Booth. “The number falls to less than 5% of under 18s, and most of them are in Fermanagh-South Tyrone. We had to do something to address this imbalance.”

Many politicians are also hopeful that the ‘election emojits’ will help them to shake off their bland image, but there are some concerns. “Outside of the ‘big hitters’ in our party no-one knows what any of us looks like, never mind recognise us in an emoji,” said some candidate from West Tyrone who we didn’t recognise. “My area’s plastered in posters of me, and even my wife says ‘Who’s that wee f**ker?’ when we drive past.”

Emojis are an increasingly popular method of communication for young people, with many no longer able to communicate in a normal, sensible fashion.

Share
Facebook
Twitter
Pinterest
WhatsApp
Previous articleBosses vaguely hope to get some work out of staff today, even though it’s Friday
Next articleLocal man who leaves doors open was actually born in a field