Bosses vaguely hope to get some work out of staff today, even though it’s Friday 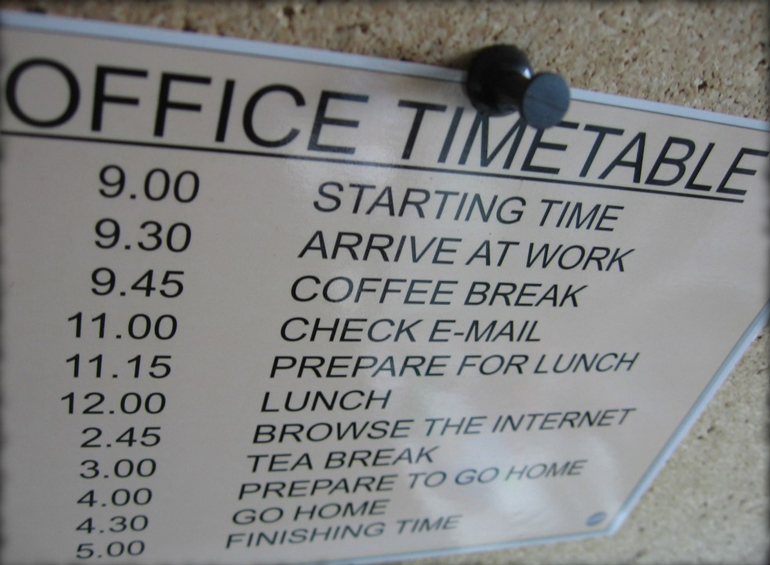 Employers and managers up and down the country have a strange notion that their employees will actually do their jobs today, despite the fact that it is quite clearly Friday, The Ulster Fry has learned.

The news will come as a shock to their staff who fully intend to get through the day doing as little as possible, aside from talking shit and thinking about their hair.

“We have a big order due next week,” said printing company director Constance Pressure, “I expect all of our team members to be on the top of their game today.”

“Will we f**k?” was the bemused reaction of her design assistant Lessie Hallion. “We have to pick our teams for tomorrow’s bet, and Barry’s talking about getting a couple of pints in at lunchtime. Any designing shite I do after that wouldn’t be worth selling anyway. She should just send us all home at 12.”

“No chance,” says junior Admin Assistant Morgan Jobsworth, “I always do F**k all on a Friday, and a Monday. I sometimes do something vaguely approaching work on a Wednesday but only if someone’s looking. Today I’ll mostly be talking to people about my dog.”

According to the Office of National Statistics, a staggering 1.4 billion man hours are lost each year by employees doing as little as possible on a Friday.

“Therefore there’s no point in anyone going to work, and we should all have a three day weekend,” admitted a spokesman.