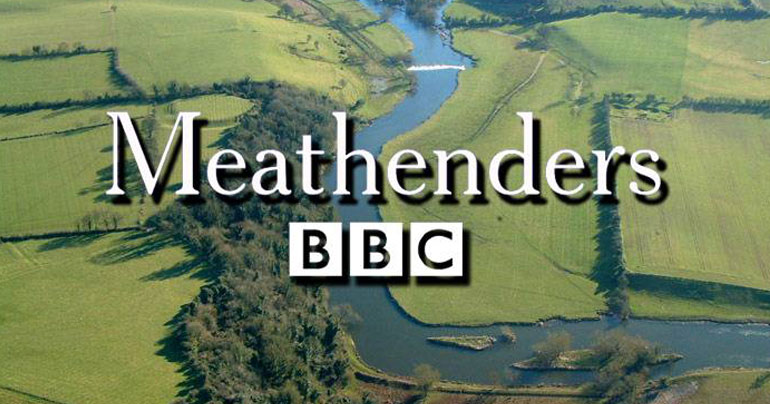 Fans of TV soap EastEnders were  slightly less depressed today, after a new spin off series was announced which would be set in Ireland.

The plot revisits Kat and Alfie’s infamous million quid scratch card win, with the popular couple finally able to realise their dream of moving somewhere even more miserable than Albert Square.  After losing out on a caravan near Larne, they finally decide to relocate to County Meath.

“Contrary to reports today by the BBC, the show is actually going to be called Meathenders,” revealed producer Cliff Hanger from the BBC, “and aside from several new Irish characters, fans will be glad to hear that some long running regulars will also be back”

In the opening episode Kat and Alfie are caught up in a Scooby-doo style mystery, after spotting Pat Butcher’s ghost in the village. However in a dramatic twist, it turns out to be former DUP stalwart Ruth Patterson accidentally attending a Feis.

Meanwhile Dirty Den, who viewers thought to be dead, is revealed to be running a pub called The Den in Navan, having picked up an On The Run Letter under the Good Friday Agreement.  However in a late bid to make him more relatable to Irish viewers, it’s understood that any time we’re in the Den he’ll be accompanied by Zig and Zag.

Other familiar faces are back too. Phil Mitchell, who’s on death’s door in London with cirrhosis of the liver, is sensationally advised by Irish doctors that ‘he’s grand’ and ‘just a bit hungover’ – and so makes a remarkable recovery to play Phil ‘Slab’ Mitchell –  a nefarious red-faced criminal who smuggles diesel over the border.

Phil’s brother is also set to return, but in a shocking plot twist will only speak in Gaelic with sub-titles, so that producers can finance the show.

“There was huge money in getting an Irish language Grant” revealed Hanger.