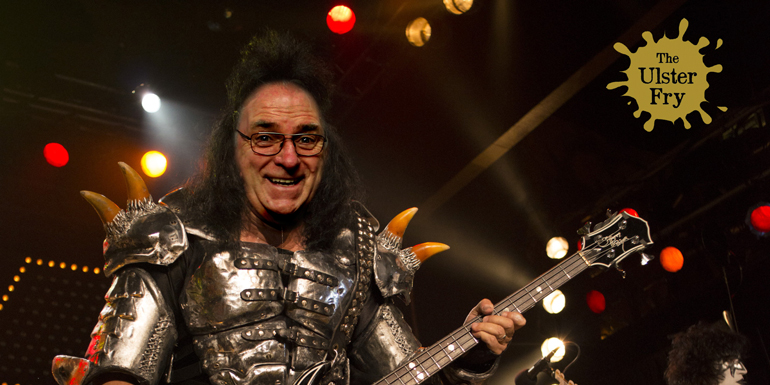 Bosses at BBCNI are to sensationally axe Hugo Duncan’s Country and Irish radio show from the airwaves, and force the ‘wee man from Strabane’ to present a programme devoted to the Heavy Metal genre.

The move is part of a radical shake up at Radio Ulster. A recent survey found that the average age of a daytime listener is 83, so BBC execs have been forced to finally drag the station kicking and screaming into the 20th Century.

“The bosses accept that their audience is literally dying off,” says a station insider, “and they’ll never pull a younger crowd if their entire output consists of politicians shouting at each other interspersed with ageing presenters playing music by people called things like Boxcar Brian. They need to branch out into more edgy territory.”

As a result, the post Nolan morning slot will now become Sean Coyle’s Dubstep Groove Nation, and the afternoon’s flagship show will be transformed into Hugo D’s Heavy Metal Heaven.

“It’s about time we saw the back of some of the shite that gets spewed out every afternoon,” says our man. “There’s only so many times you can hear ‘My Little Honda Fifty’ and ‘Pretty Little Girl from Omagh’ before you want to fill your ears with expanding foam.”

“And as for the so called teasers – how many of these inane questions can they dream up? I’ll give Hugo a teaser – My first is in boot, and my second is in up and my third is your hole, what have you got now you wee ganch?”

Surprisingly Uncle Hugo has embraced the changes, telling friends he’s also sick of churning out the same shite for decades.

His new album – ‘Skiddly Aye Dee Dyeway to Hell’ by Hugo D with Cradle of Filth – is released next week.