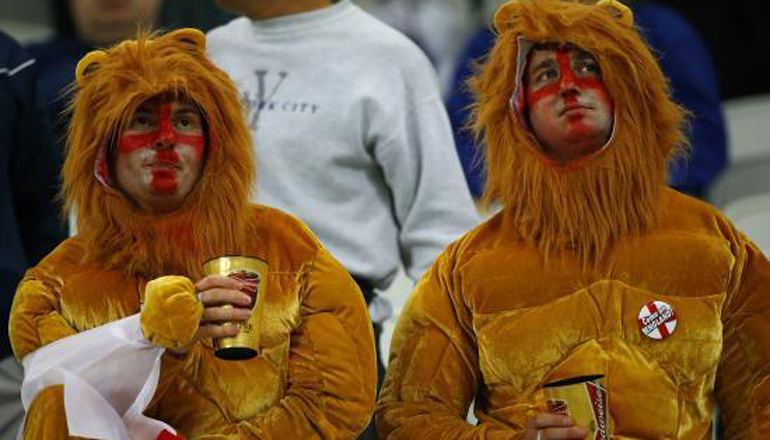 Thousands of rugby fans around the globe have been hospitalised this evening after England sensationally crashed out of the world cup, following a 33-13 defeat by a Bernard Foley inspired Australia.

The crisis began within seconds of the final whistle, in what medical experts have described as the most widespread example of mass sniggering ever seen. “We witnessed similar scenes across the UK last week, with the David Cameron pig story,” says Dr Fergus Scot of Edinburgh’s Royal Infirmary, “but from what I understand this is a truly global phenomenon this time round.”

Paul Black, New Zealand’s health minister, was in full agreement. “We began to get queues at all our major hospitals moments after the match finished. Folk simply couldn’t stop sniggering – They’d try to say something conciliatory like ‘it’s always a shame when the hosts go out early in a tournament’, but then be convulsed in cackling and unable to continue speaking.”

Belfast rugby fan Garry Owen was one of those rushed to hospital. “I don’t even like Australia – I’ve never got over Campese’s try in the 1991 quarter-final – so I was kinda supporting England,” he told us.”I’d watched the match with some friends from London and tried to commiserate with them afterwards, but every time I began saying ‘no luck lads’ or whatever, I’d imagine Brian Moore’s big potato face convulsed in disappointment. That’d set me off and I’ve ended up being taken to the Royal.”

Even non-rugby playing nations are finding their health services under strain. “I have no idea what’s going on,” said IT Consultant Rajiv Karma from Mumbai as he queued at a pharmacy. “I don’t even know what rugby is, but I’ve been laughing for the past 10 minutes and may actually have shat myself.”

In a bizarre twist, the only nation outside England to be unaffected is traditional rival Wales. “That’ll be because we exhausted ourselves last weekend,” says Welsh Health Minister Mark Drakeford, “and most of us are still drunk.”