Liverpool begin search for next ex-manager 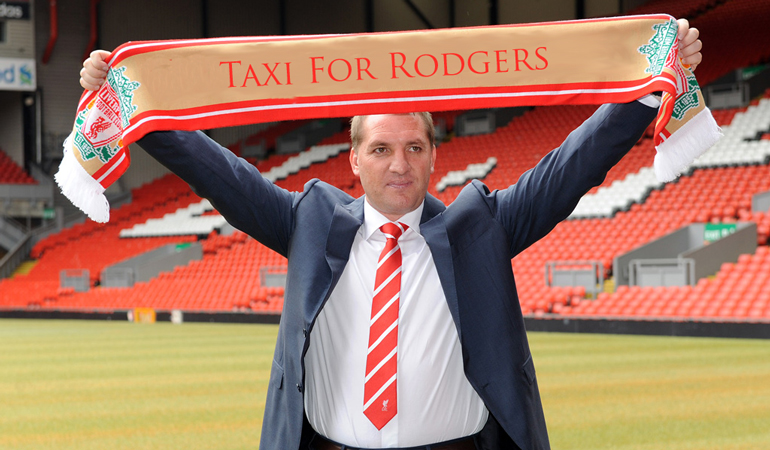 Liverpool are on the lookout for a new disappointing manager after finally running out of excuses not to sack Brendan Rodgers.

Liverpool owner John W. Henry told the Ulster Fry that that today’s hard fought draw against Everton was the final straw for the Liverpool board. “Brendan approached us at the start of the season and asked us for another £80m because he thought we could finish second. We didn’t realise that he meant in every other game.”

A remorseful Brendan Rodgers said that he’d been proud to serve the club, but accepted their decision. “It’s a difficult day for me,” he admitted, “but I’ll bounce back. There’ll be other clubs willing to spend millions of pounds on mediocre players whilst harping on about past glories, I’d be a natural fit for Newcastle or Spurs.”

Dressed proudly in his ‘Premier League Runners-up 2013/14’ t-shirt, the chair of the Liverpool Supporters Trust Phil Scally said that any new manager would need to engage with the club’s fans. “The new man must endear himself to the Liverpool supporters and instantly buy himself an extra season by declaring ‘next year is our year’.”

The club have indicated that they want the new manager to transport them back to the glory days of the 70s and 80s but have admitted that Doctor Who may be unavailable. “We’ve drawn up a short list of candidates,” says Henry, “men who can guarantee that we spend big on obscure players that he can play out of position continually. Men who will talk a good game then get us shit results when it matters.”

Rumours that Louis Van Gaal has been seen visiting Anfield are as yet unconfirmed.