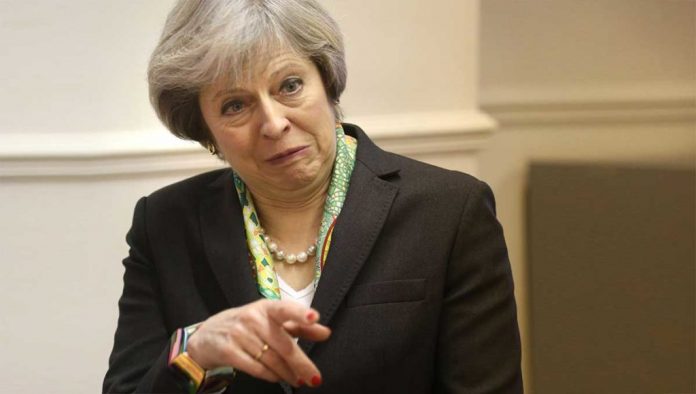 Prime Minister Theresa May is to finally give up trying to sort out the Brexit shitstorm and hand control of the process to Team Typhoon from The Apprentice.

“When you think about it, they’re a perfect fit,” says BBC political analyst Laura Koppaberg. “Every week we watch these underqualified halfwits running around trying to negotiate deals they don’t really understand, then arguing with each other and making a complete balls of simple tasks.”

“It’s exactly the same on The Apprentice.”

The team flew out to Brussels yesterday, where Lord Siralan Sugar gave them the task of finding eight items which would solve the Irish border question.

The Ulster Fry understands that, after spending two hours arguing over who would be team leader, they only managed to find three of these items – a roll of Sellotape, a box of Belgian chocolates and an old copy of Farming Life. As a result the new deal will see a paper border with chocolate crossing points.

Theresa May has declared the plan ” victory for common sense” which will protect “our United Kingdom”, but the DUP have demanded more Sellotape and checkpoints that won’t melt in the summer.