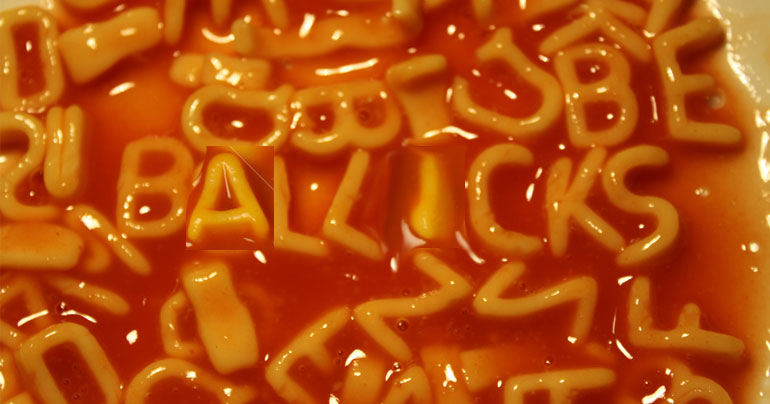 It seems Niall Horan of Wan Direction attempted to ingratiate himself with local fans on Wednesday by having a crack at our accent. Here’s our A til Zed to help him out.

A – Amptnah: Belfast abbreviation for the words ‘Aren’t I?’ (eg “I’m next amptnah nat?”)

B – Boney:  noun, a large open-air fire used to cause controversy on social media

C – Chile: noun, a young human being below the age of puberty (eg “She’z a chile til about three different fellas”).

D – Digical: adjective, showing the time by means of displayed digits rather than hands or a pointer (eg “He had one a lem new digical watches the snobby bastard”).

E – Elecshun: noun, an almost annual event which sees the greater population vote for people to complain about.

H – Hoke: verb, search unsystematically and untidily through something (eg “I hada good oul hoke down la back ala sofa for it”).

I – Iz lat you: “is that you” – a question asked of someone to see if they have completed a task, often asked of customers by restaurant staff.

J – Jayzis: the Messiah sent by God to save the human race from the sin it inherited through the Fall of Man (eg “Awk Jayzis Christ la nite”).

K – Keks: trousers or underwear depending on the circumstances, (eg “Pull yer keks up bai”).

L – Lifted:  verb, seize (someone) by legal authority and take them into custody (eg “I hear wee Largo get lifted last nite?”)

O – Oxters: plural noun, a hollow under the arm at the shoulder, (eg “Yer mawn’s waistband was up ta his Oxters”).

P – Pat: noun, a receptacle in which one cooks (eg “Quick, take the pat aff the cukker, it’s goanty boil over).

R – Redner: adjective, feeling or showing embarrassment, (eg “I tuk a full redner when he spoke to me”).

S – Sheugh: noun, a ditch at side of the road, or the crack of an arse, (eg “when he bent over you could see the sheugh of his arse”).

T – Thon: pronoun, used to identify a specific person or thing observed or heard by the speaker, (eg “Wud ye luk at thon”).

V – Valanteer: A term for member of an illegal organisation used by its supporters. See also dickhead.

Y – Yoke: A term commonly used by the farming community in Mid Ulster which refers to basically anything that they cannot be bothered to describe accurately, (eg “Thon’s a quare yoke”).