UK to live in tent in EU’s garden after Brexit 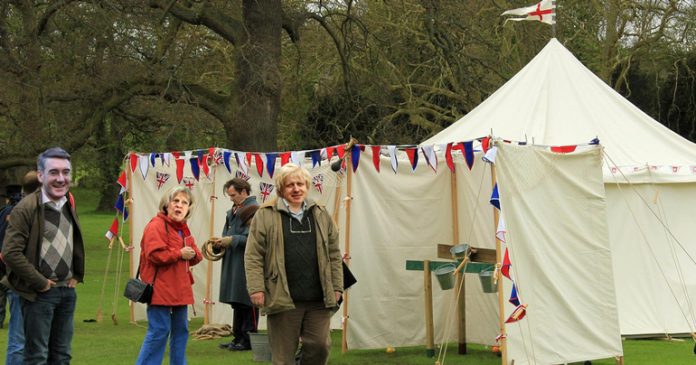 The UK will be allowed to sleep in the garden for two years after leaving the EU, the Brussels Chief negotiator Michel Barnier has revealed.

“This will be part of a transition process,” he explained, “You will be allowed in the house to use the toilet, and maybe boil a kettle, but otherwise we expect you to stay in the garden until the negotiations are complete.”

Earlier, Theresa May had outlined proposals which would see the UK stay in Europe’s spare room throughout the process, but nevertheless he gave the plan a cautious welcome.

“We’ll be able to have friends round to do negotiations and everything,” she told the prrss. “We can even use the EU WiFi on the weekends AND there’s an outside tap.”

However Mr Barnier was quick to pour cold water on this suggestion. “You can’t treat the EU like a hotel.” he told journalists. “If you’re under our roof you’ll follow our rules, even if you’re in the garden.”

Negotiations over where Northern Ireland will sleep are continuing. UK government ministers have assured Unionists that they can have a small play tent next to their’s, but Dublin officials are continuing to argue that the province should retain full access to the house.

“We’re looking at some kind of cat-flap solution for Northern Ireland, which probably will please no one,” confirmed Barnier.