Breakthrough as local woman discovers how to put toilet seat down 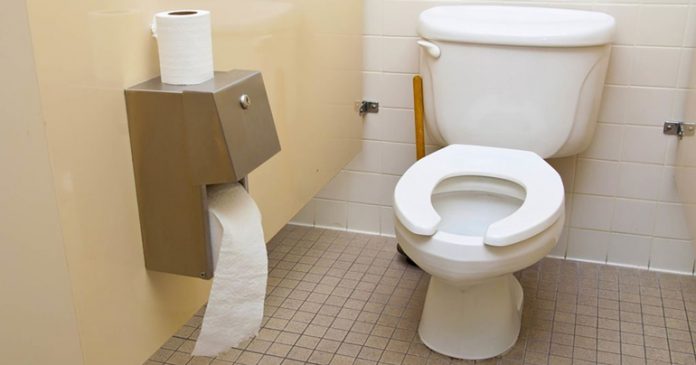 Scientists across the globe are hailing a ‘major breakthrough in human development’ after a Co. Antrim housewife became the first ever woman to work out how to put a toilet seat down.

42-year-old Wanda Pish made the discovery when she went to the bathroom on Thursday morning, only to find that her husband had once again left the seat in the upright position.

“I was about to give out to him, but then something stopped me,” she revealed. “I suddenly realised that there was some kind of hinged device at the back of the seat, and, if I adjusted it carefully I may be able to lower it myself.”

“It took about 20 minutes mind you, but hopefully next time I’ll have it in place before I wet myself.”

“Ever since the invention of the toilet, it has always been assumed that only men had the necessary skills to put the seat down,” says Professor Lou Brush from the Thomas Crapper Institute for the Advancement of Toilets.

“In fact, there are cave paintings in France which depict ancient women yelling at men for not putting the stones back round the hole in the ground, so Wanda’s achievement could be a game changer in gender relations.”

The discovery could have benefits for the global economy, Professor Brush explained.

“It must be remembered that for a man to put the seat up for use, then back down, requires two separate movements, whereas a woman putting the seat down requires only one. Literally seconds of time could be saved, leading to a major boost in productivity in workplaces with mixed facilit.”

In a related story, the man who wrote this story is no longer able to sit down in any capacity, having been given a severe boot up the hole.