“We can’t be arsed with another election, now sort it out you ballbags,” everyone tells MLAs, in long headline shock 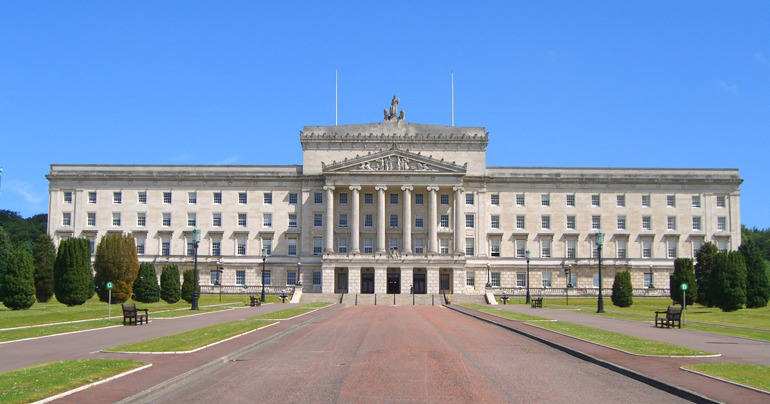 The Northern Ireland political parties have been sent a very clear message this morning after the Ulster Fry was forced to write a really long headline about the talks process.

“We’ve only been running for 2 and a half years,” said a spokesman for the funny/unfunny (delete as applicable) website, “and we’ve had 2 Assembly elections, a Westminster election, a council election and the Brexit referendum. We really don’t want to have to think up stupid ideas for another one in May.”

The revelation comes after Sinn Fein told everyone that they couldn’t be bothered continuing with the talks. Speaking through Michelle O’Neill, Gerry Adams told reporters that they wouldn’t be nominating anyone as Speaker of the Assembly “because, that’s why.”

DUP leader Arlene Foster insisted that Sinn Fein are to blame. “They think their mandate is the only one that matters,” she explained, “when in fact ours is.”

The collapse of the talks leaves Northern Ireland without a budget and with no effective response to Brexit, although Secretary of State James Brokenshite told us that “the sun’s out, so it’s not all bad.”

While everyone agrees that the sun being out is “a good thing”, it also seems like a good idea to have the Assembly back to do its traditional half-arsed job of running the country, since at present there appeared to be a no-arsed approach to government.

However at time of publication no one can be arsed.