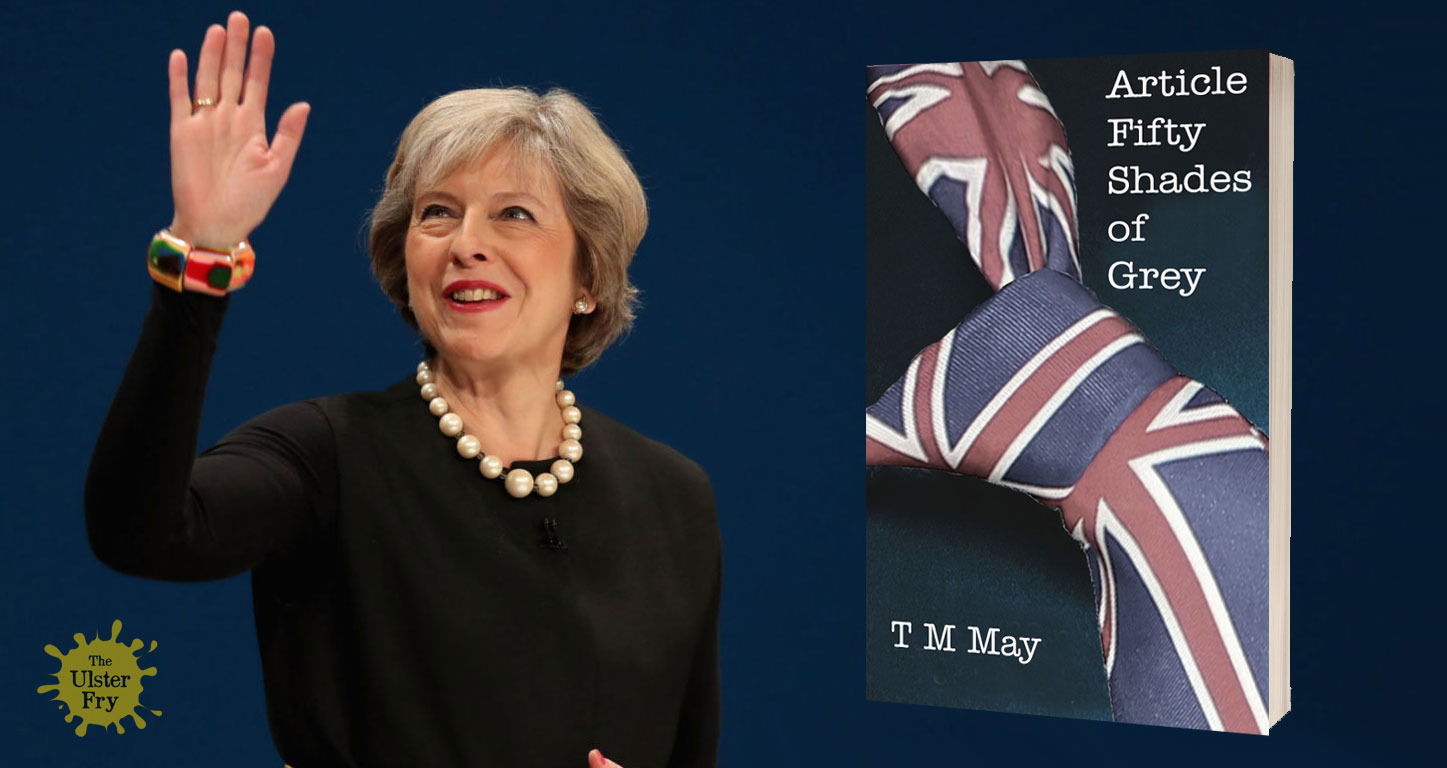 Described by her publishers as a “racy romp in the corridors of power”, the novel tells the story of a young woman called Unity Kingdom, as she discovers her ‘Brexuality”, under the control of the mysterious Mr Grey.

Earlier, journalists gathered to hear Mrs May read extracts from the novel.

“Her soft borders tingled as he promised her a good hard Brexit,” she read. “‘I think you deserve to be punished,’ Mr Grey told her, ‘a long, slow withdrawal, followed by a period of painful economic uncertainty.”

“Unity gasped when she saw the size of his single market. ‘Will he really allow me access to all of that at once?’ she thought, ‘or will he make me negotiate again and again, until I end up begging him to take my ripe agricultural produce, even offering him free movement in return for access to his massive trade zone?”

So far, critics are divided about the merits of the book.

“A literary tour de force,” said the Daily Mail’s Penny Dreadful, “I just couldn’t put it down, and particularly enjoyed the part where Unity offers her financial services to Mr Grey, only for him to cruelly turn her down and move them to Frankfurt.”

However the Guardian’s critic was more scathing. ” A turgid read with an obvious plot,” he claimed, “Right from the start we knew everyone would end up getting f**ked.”

Article 50 Shades of Grey is available online and from all good bookshops, priced at £350 million – but with all profits going to the NHS.