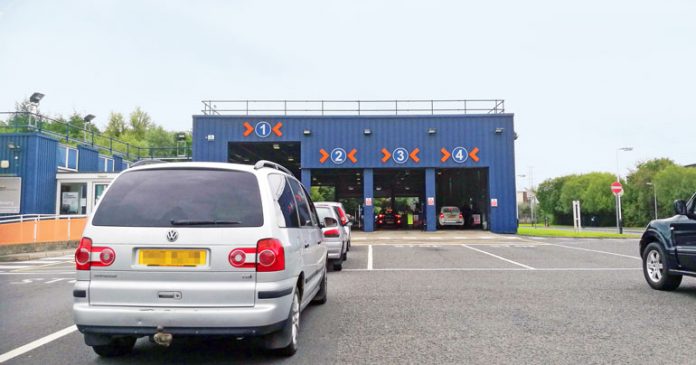 Most people waste half a decade of their lives running around trying to sort shit out for car MOTs, a new report has claimed.

According to the survey conducted jointly by two Northern Irish motoring magazines – What Motor and Cyarfinder – MOTing your car is as stressful as organising a funeral, giving birth to triplets, and getting married – all at the same time.

“In England, you book your car into an MOT garage, they check it and do the work,” says What Motor’s editor Austin Sunbeam. “Here, it takes months of planning.”

“For a start, you used to get a wee disc which reminded you when it was due but they’ve done away with that, so you now have to kinda guess when it’ll be. They send you a letter a month before, of course, but that’s hardly time to book a mechanic.”

The mechanic is usually the easiest bit, as motorists then have to find a tyre yard that isn’t entirely staffed by half-wits who stand around talking shite while you wait for service. “Then you’re offered a bewildering array of tyres before deciding on the cheapest option, a set of which costs more than your car’s worth anyway,” says Sunbeam.

The MOT experience itself is also deeply unpleasant. “I live in Dundonald,” says Don Donald, from Dundonald. “I went through every f*cking test centre in the East – Ards, Balmoral, Lisburn, Craigavon – and they were all booked up for a month. I ended up having to go to Omagh, and no one should have to go to Omagh. Then it failed for having a faulty radio, and I had to book a re-test in Enniskillen.”

A spokeman for the DVA told us that we were talking shite and should just be a bit more organised in future, because we’re lazy hallions.