Controversy as Ballyhackamore named ‘Town most up its own hole’ 2018. 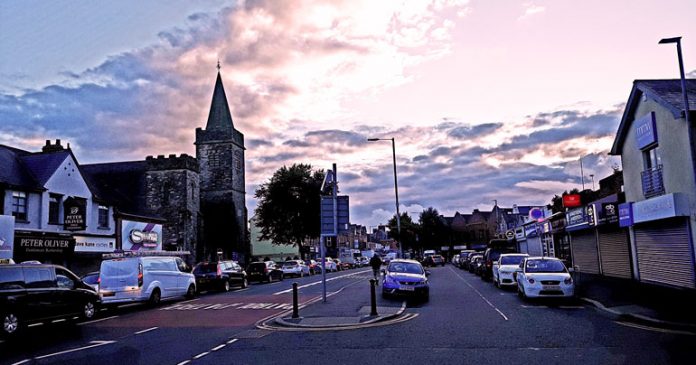 There was sporadic complaining on the streets of Hillsborough this afternoon as the East Belfast district of Ballyhackamore was controversially crowned Town most up its own hole, despite not actually being a town.

The news was also greeted with dismay by residents of beaten finalists Holywood, Moira, and Glenarm, but the judging panel has explained that the category had been expanded for 2018.

“It’s quite clear that the people of Ballyhackamore have been working hard to be up their own holes for years,” said Head Judge, Sir Horatio Todd.

“It seemed so unfair to leave out somewhere with such so many restaurants that seat you at old school desks and serve tiny portions of tapas on gigantic wooden platters made out of recycled shipwreck timber.”

Ballyhackamore resident Camilla Campbell-Campbell admitted that she was a bit surprised. “We’re not really a town are we? There’s more of a village feel here.”

“But it is a wonderful place to live. You’re so close to the city centre, which would be so convenient if we had to travel there, but I work from home as a part-time artisan fashion blogger and my husband Campbell makes environmentally sourced beard wax in the shed.”

Local vinyl record dealer Brett Rofurniture agreed. “I don’t think we’re up our own holes, we’re just more enlightened than everyone else,” he explained.

“We’re so welcoming in ‘The Hack’.  Literally anyone can move here, if they can afford a 300 grand for a 2 bedroom semi with a box room.”

BREAKING NEWS: It has emerged that Bangor has launched a legal challenge against the result, and police have arrested three people in Crawfordsburn for sending a strongly worded email to the judges.