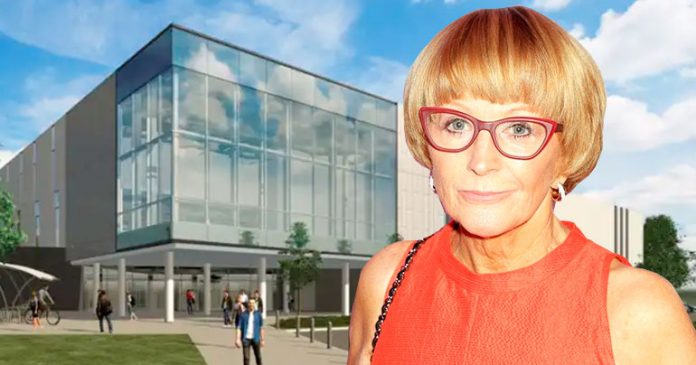 A surprising resolution has been proposed to end to the on-going row at Belfast City Council over the name of the Robinson Centre in the east of the city.

“We’re going to call it after Anne Robinson instead,” said council official Newton Abbey. “That way we get away from anyone complaining about it being named after Peter Robinson, but we don’t have to make any new stationery for the place.”

“If the councillors aren’t happy with that, we’ve put a few other names on the table – Smokey Robinson, Sugar Ray Robinson and the Swiss Family Robinson.”

“Surprisingly there aren’t that many famous Robinsons, so to be honest we just trawled through Wikipedia.” he told us. “At first we fancied naming it after Sir George Best Robinson (1797–1855) who used to be Chief Superintendent of British Trade in China, but then we thought people would it get mixed up with the airport.”

Local councillors are unsure if they should welcome the news, with DUP members confused about whether they’ll still be able to pretend it’s named after their former leader and their Sinn Fein counterparts wondering if they’ll be able to somehow turn it to their advantage.

We tried to approach Anne Robinson for comment but she just winked at us.