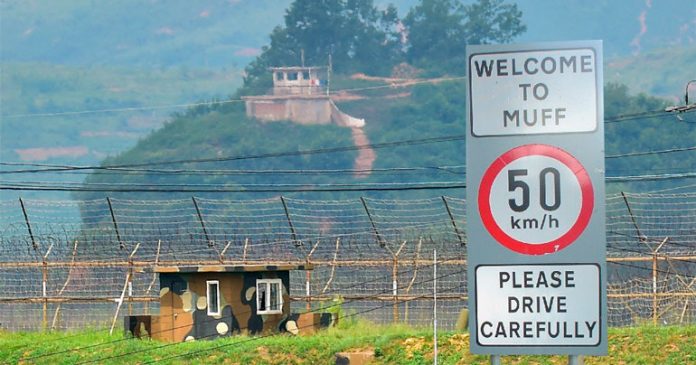 Invest NI have announced a huge cash boost to help local smugglers get ready for a post-Brexit criminal activity boom.

“Smugglers are likely to be one of the big winners out of Brexit, so it’s important that we give them the tools to compete in the international criminal economy,” says Matt Le Blanc-Cheque from Invest NI’s illegal activities division.

“This money will allow investment in the technology needed to evade whatever different technology the customs folk come up with.”

“This is great news,” commented South Armagh ‘farmer’ Spud Murphy, who makes his living moving the same cow from one side of the border to the other six times a day. “I’m going to be able to take on another cow and three or four men to bate it round the arse with a length of blue pipe, then bate the shite out of any taxman who gets too close to the yard.”

Derry/Londonman Jock Foyle set up his Muff smuggling business in 1971. “I’ve seen some quare changes in the industry over the years,” he told us. “When we joined the EU the bottom fell out of the Muff smuggling market, then with the invention of the interweb you could access it on-line for next to nothing.”

“We’ve had some hairy times, but hopefully this money will let us trim our overheads, and a good hard border will put a stop to all this fannying about” he concluded, having exhausted all his Muff related innuendos.

DUP MP and part-time comedian Sammy Wilson says that the news is firm evidence that Brexit will be good for the local economy.

“Taul yis”, he told us. “There’ll be loads of winners out of Brexit, just wait til you see the police overtime.”