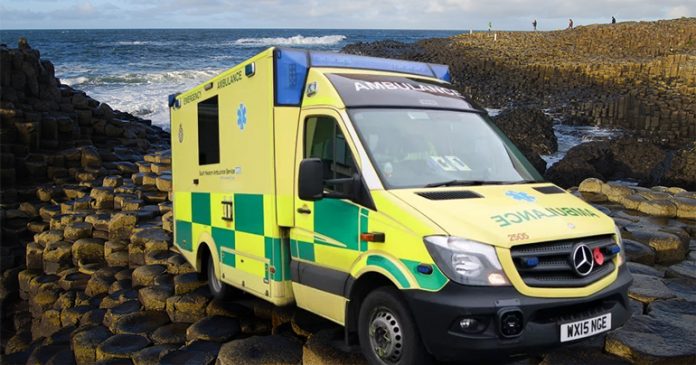 Local hospitals are gearing up for a flood of severely disheartened travellers after the Lonely Planet Guide named Northern Ireland as the world’s top destination for 2018.

Doctors fear an outbreak of a rare disease called Underwhelmed Tourist Syndrome, which can flare up when the brain releases the chemicals that govern the feelings of disappointment and anger at the same time.

“We first saw it among visitors to Carrickfergus in 1985, but it most commonly strikes when tourists first set eyes on the Giant’s Causeway.”

“They suddenly realise it’s nothing like the misty, mystical photos they’ve seen on the internet – and that they’re standing in the rain staring at a windswept pile of oddly shaped rocks when they could have gone somewhere warm instead.”

Hospital staff are concerned that UTS sufferers could be a huge burden on the already overstretched Health Service.

“If people follow the advice of this guide we could be inundated,” says Dr Hugh Wontfeelathing from The Ulster Hospital. “This Lonely Planet shar also have Belfast on the list of ‘must-see destinations’.”

“Sure we don’t even have that big wheel at City Hall anymore – our biggest attractions are a ship that sank, a large bap and a river that sometimes doesn’t smell like shite.”

“That said, if they’re disappointed after queuing for our tourist sites, they’re in for an even bigger shock when they see the size of our hospital waiting lists.”