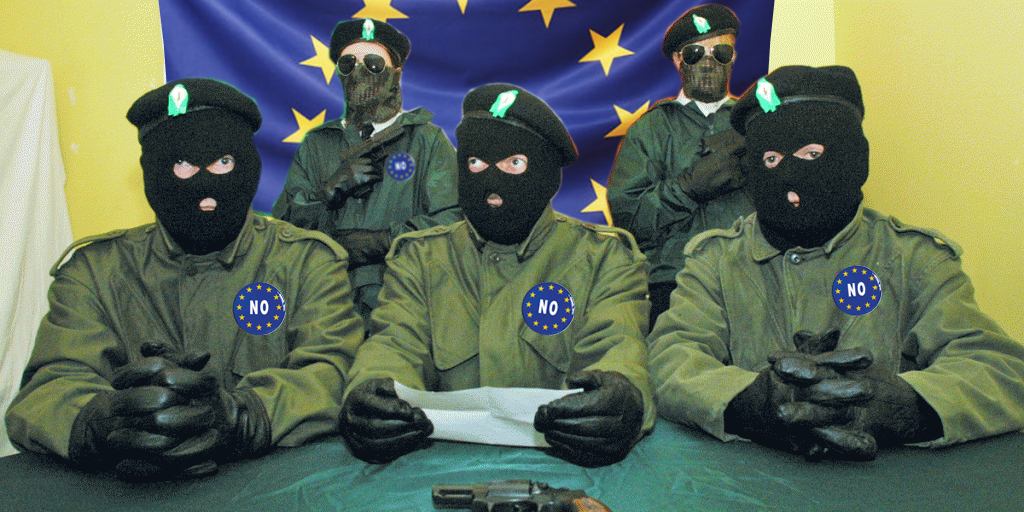 With David Cameron’s announcement that a vote on EU membership will be held in June, the Ulster Fry has learned that Northern Ireland paramilitaries are set to take up arms again to fight for opposing sides in the debate.

We understand that the IRA Army Council met yesterday at an undisclosed location that Gerry Adams denies ever visiting. After again failing to find a solution for the long standing problem that ‘IRA Army Council’ actually has the word ‘army’ in it twice, they eventually agreed on a new bombing and terror campaign.

“We’re gonna resume bombing England next month” confirmed Fiachra O’Fuchstiych from the Irish Republican Army Army Council. “We think it’s a disgrace that Britain wants its independence, so our campaign of terror won’t stop until we achieve a full 28 country United Europe”

Loyalists meanwhile have taken the opposing view and want to break away from their oppressive European overlords.

“For too long now have we been patronised with billions of Euros of European peace funding money to regenerate our towns and cities” declared Donna Sashmore from UDA continuity group, UDB. “We plan on reclaiming our communities and restoring them to their former glory by carrying out target bombing attacks across East Belfast!”

An early security alert was reported near Albertbridge Road this morning. after a cavalcade of PSNI land rovers converged on an desolate business area left ravaged by vicious attacks.

However it was later revealed just to be police officers going for lunch at KFC in Connswater.

Boris Johnson, meanwhile, has changed his mind about backing ‘Brexit’ after learning that the DUP also support the proposal. “I could handle being on the same side as nutters like George Galloway and Nigel Farage,” said the tousle haired Tory.

“But Sammy Wilson was a step too far.” 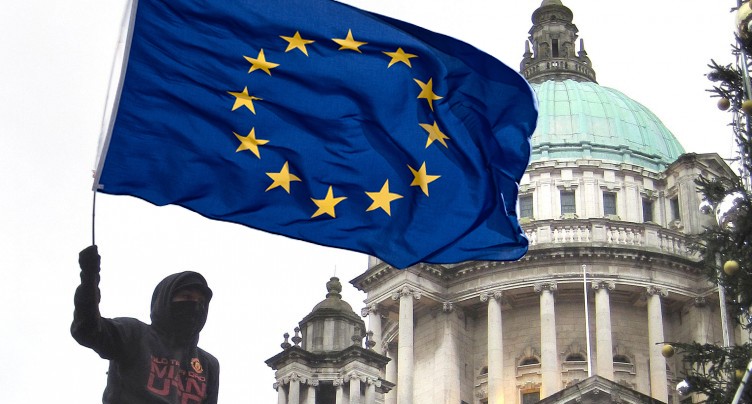