All of NI roads to be dug up before end of school holidays, confirm Road Service 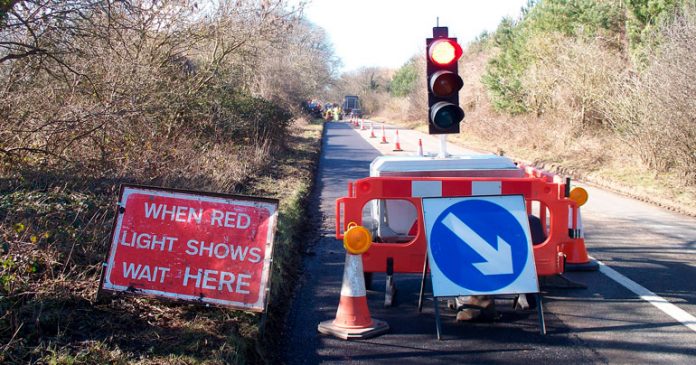 Motorists hoping for a bit of light traffic before the schools go back are likely to be disappointed, after an investigation by The Ulster Fry revealed that the vast majority of Northern Ireland’s roads will be closed by roadworks during August.

A staggering 84% of roads are currently having some form of work done on them, rising to 127% of the network in South Belfast, where some roads are being worked by different companies at the same time.

“We try to get as much work done during the summer as possible,” says Road Service spokeswoman Leanona Spade. “That way, if the traffic is lighter with the schools off, we get to make it heavy again just to keep the misery up all year round.”

“It’s a busy time of year for us,” confirmed Felix Glass, Head of Traffic Disruption at Northern Ireland Water. “Motorists can rest assured that we’ll be closing at least one lane of every road they use to get to work, then leaving it like a ploughed field with a big lumpy line up the middle when we’ve finished.”

His counterpart at Phoenix Gas, Norman Iron-Walters, welcomed this news. “It’s always handy when NI Water have dug somewhere up ,” he revealed. “It means when we come along a week later we know which parts of the road have already been mangled, and we can make a pig’s arse of the rest.”

However, Ms Spade had one piece of comfort for disgruntled commuters. “We fully intend to have all roadworks finished before the schools go back,” she told us, “after Christmas anyway.”