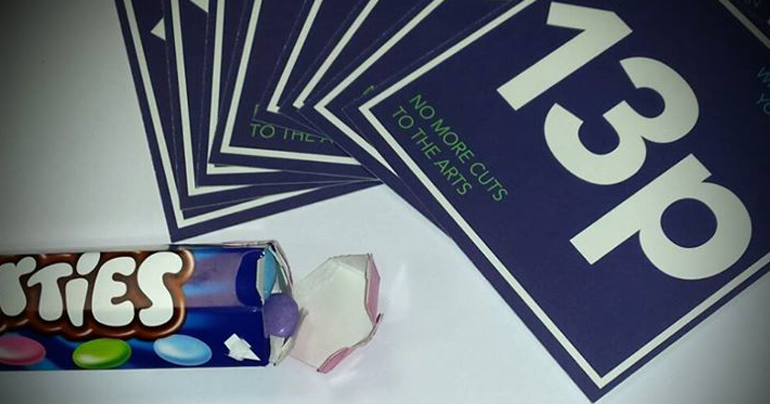 The Arts Council’s recent ‘13p for The Arts’ campaign was not a hit amongst local kids according to parents. The campaign, which asked Ulster residents questions such as ‘What else would you buy for 13p?’, aimed to educate the local population about the value of the Arts, whilst showing how cost effective they are.

However local children weren’t impressed with the no-nonsense marketing tactic, with answers including ‘a packet of Meanies’, ‘them sweets that look like big strawberries’, ‘a lock of cola bottles and white mice’ and ‘Wise the bap and gimme £1 FFS!’

Jim Boobless, Director of Big Massive Sums at the Arts Council, told us “The 13p figure was calculated on the assumption that all citizens would contribute equally! However these childish responses show that NI children are immature and uncultured. They clearly care more about stuffing their face with sweets than they do about art!”

In a statement released later that day, his 4 year old son responded to his father’s claims by drawing a ‘big squiggly thing’ on the new wallpaper with a crayon, before leaving a chocolate handprint on the curtains in the living room.

“I guess it’s a start!” admitted Boobless, as he tilted his head and admired his son’s handiwork.