Belfast pub ‘The Spaniard’ to be deported after Brexit 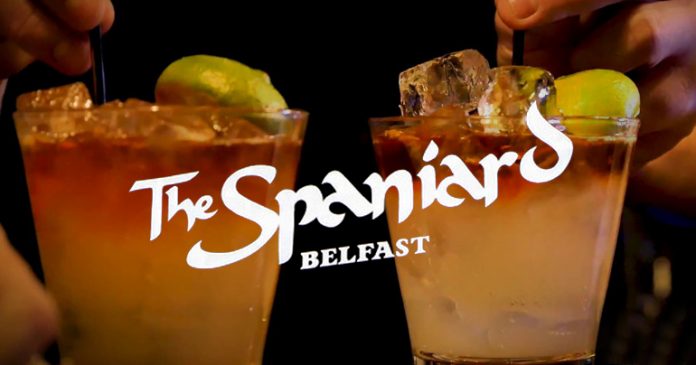 Northern Irish drinkers were left furious after reports emerged that one of Belfast’s most treasured places to not swing a cat is being sent home because it’s a foreigner.

“Si senor, they have told us to pack up our sheet and get out” confirmed The Spaniard’s head barman, Miguel Whataboutye. “We eez no longer an EU pub, so we’re nat”

The news comes just days after sickening racist graffiti appeared on the exterior wall of the immigrant pub, including “White rum is better than dark rum” and “Take your Dark & Stormys back to where they came from”. The vandalism is thought to be handiwork of far-right drinking group, Britain Thirst.

“We only drink in loyal establishments such as The Duke Of York, The Kings Head and The Crown,” revealed a spokesman. “Them foreign sounding pubs can f**k right off!”

However The Spaniard won’t be the only local establishment affected by ‘Beer-exit’.

“The Europa Hotel is getting kicked out on it’s hole too!” confirmed leave campaigner, Morgan Spice. “And The Washington Bar is will have to close its doors unless it can negotiate a new trade with President Trump”

“The crafty hurs have an ace up their sleeve though,” he revealed. “They’ve sneakily offered to sell him The Northern Whig”

Late speculation that Mr Trump is in bed with the Russians was not helped by shocking photos of him getting debriefed in the Kremlin.