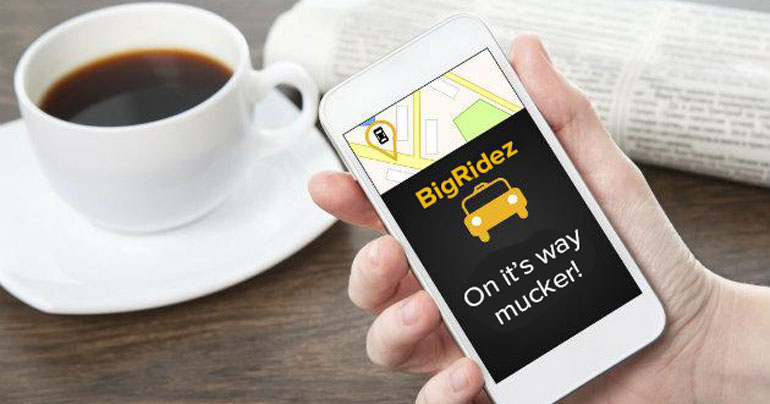 Following the news that global taxi chain Uber is coming to Belfast, we can exclusively reveal that FonaCab and ValueCabs are joining forces to develop a rival app offering services tailored to the local passenger.

“Aye Uber is grand if you are a hipster from London or New York” said spokesman Skoda McCausland. “but customers from this neck of the woods expect more than just snazzy GPS tracking, so they do”

“Our app will allow customers to request taxis based on common local needs. So like, if you need a driver who knows where to get a late carryout, if you are feeling like ye might boke and want wan of them cars with thon plastic covered seats, or, even if you just want a driver who doesn’t talk shite, it’s all there at the touch of a button!”

‘BigRidez’ launches in the new year and hopes to compete with Uber in the smartphone transport market. Over 300 local cabbies have already signed up the service and it’s packed with even more local features.

Like Uber, it relies heavily on GPS technology, but rather than just focus on the destination, BigRidez informs passengers of interesting waypoints along their route, including 24-hour garages, late night kebab houses and places they can get mixers, carry outs and bags of ice cubes.

The app has one further feature which will appeal to local passengers, ‘Culchie Mode’.

“Aye if your blocked and ye live 2 mile up the Old Mucknatravish horsetrack or Ballyskibbiedee isn’t on the oul GPS, you can just request a driver who knows the country roads lik the back of his hand”

“Ye won’t get that with thon Uber shite” he added.